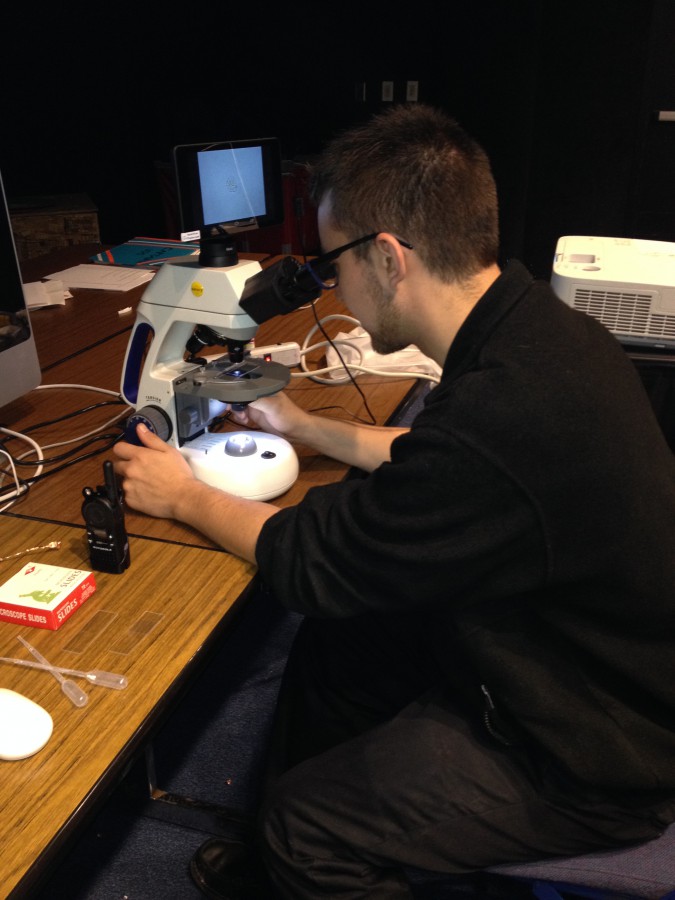 Citizen scientists are using 'smartphone microscopes' to identifyharmful algal blooms in Lake Erie. The NCCOS Phytoplankton Monitoring Network, in collaboration with the U.S. Environmental Protection Agency, supplied volunteers in Western Lake Erie with the new generation of 'smart' microscopes, which have built-in tablets. Each smartphone tablet is pre-loaded by NCCOS scientists with 'Phyto' - an application that teaches users to identify a variety of region-specific phytoplankton.

Use of these smart microscopes by citizen scientists to research harmful algal blooms was recognized by the White House in the Third Open Governmental National Action Plan for the United States of America released last month. The smart microscopes also enhance communication with NCCOS scientists through integrated video conferencing applications. 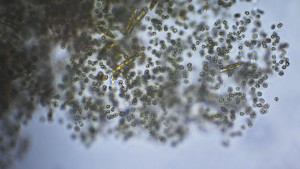 The Phytoplankton Monitoring Network (PMN) is a member of the NOAA Citizen Science Community and part of the Federal Crowdsourcing and Citizen Science Toolkit, and its data are available on data.gov. The expansion of the PMNto the Great Lakes is funded by an interagency agreement between NOAA/NOS and the Environmental Protection Agency's Office of Wetlands, Oceans and Watersheds.

PMN volunteers are trained by NOAA staff in phytoplankton sampling and identification methods. Since the inception of the program in 2001, more than 250 algal blooms and 15 toxic events have been reported by PMN volunteers.