A recent study led by NCCOS and Stony Brook University concludes that rising ocean temperatures are expanding the geographical range of harmful algal blooms and intensifying the blooms themselves in the North Atlantic and North Pacific oceans.

Using high-resolution, ocean temperature data to model trends in growth rates and bloom-season duration for two toxic algae,Alexandrium fundyense and Dinophysis acuminata, the research team established, for the first time ever, a quantitative link between increasing ocean temperatures and the expansion of harmful algal blooms. The model's hindcasts of bloom events are consistent with monitoring program observations for the same period. 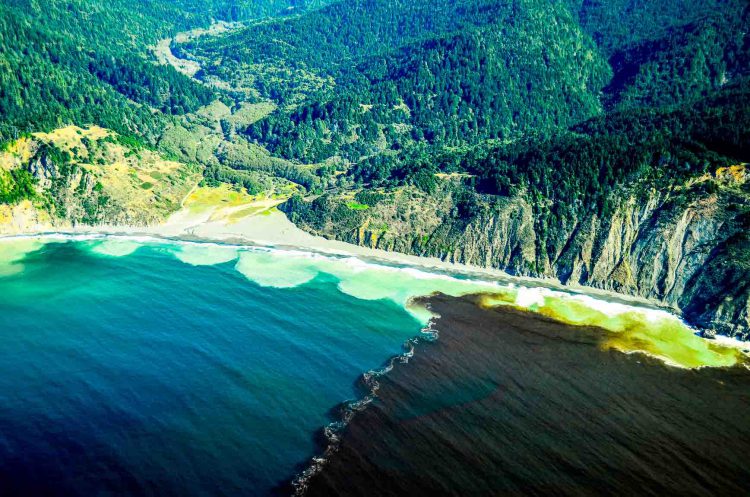 'The distribution, frequency and intensity of these events have increased across the globe, and this study links this expansion to ocean warming in some regions of the North Atlantic and North Pacific Oceans,' lead scientist, Dr. Chris Gobler, told Newswise last month.

As blooms extend to new regions, more people will be at risk of suffering the harmful physical effects of toxic algae. The authors note this could be of particular concern for Alaska residents. 'The model predicts increasing temperatures will cause an increase inAlexandriumgrowth and bloom duration for the south -central and southeast coasts of Alaska,' said NCCOS scientist and co-author, Dr. Wayne Litaker. 'Ongoing field studies have shown an increase inAlexandriumabundance and shellfish toxicity as temperatures have increased significantly in these regions in recent years, supporting the model results,' Litaker added.

This interdisciplinary study led by biologists and climate scientists used ecosystem observations, laboratory experiments, and 35 years of satellite-based data. One trend identified by the study is the migration of toxic algae toward the poles in the North Atlantic.