Residents of several northeast Ohio Lake Erie towns were surprised by a strong, foul smell during the first days of September. The residents, fearing a dangerous gas leak, called their local fire departments. The local gas company investigated and quickly reassured communities that no gas leak was found. They informed the public that the unusual smell was actually coming from the lake. And they knew because NOAA had alerted them to the phenomenon.

NOAA's Experimental Lake Erie Hypoxia Forecast predicted that the Greater Cleveland area would be exposed to a large mass of low oxygen water, also known as hypoxic water, moving in from the deeper parts of Lake Erie. Hypoxic water can have a foul odor due to the reduced sulfur and nitrogen compounds that come from decomposing matter at the lake bottom, which can be mistaken for the odor additive in natural gas. Two days prior to the event, NOAA sent a notice to subscribers of the experimental hypoxia forecast, which includes local officials and helped prepare them to respond to public inquiries.

The Experimental Lake Erie Hypoxia Forecast of the event, showing low oxygen waters in Western Lake Erie and also accumulated along the southern shoreline of the lake. Credit: NOAA GLERL.

The lake's central basin has hypoxic water events every summer, but until recently there was no way to know exactly when or where these events might occur. Since 2017, with funding from NCCOS's Coastal Hypoxia Research Program, scientists from NOAA's Great Lakes Environmental Research Laboratory (GLERL) and the University of Michigan Cooperative Institute for Great Lakes Research have been working to develop and implement a forecasting system to predict when and where hypoxic water will reach coastal areas of the central basin. Water treatment operators are one of the groups alerted to such events to ensure water is treated accordingly for safe consumption. Hypoxic water is often acidic, and acidity may require adjustment to avoid corrosion of water distribution pipes, which can introduce lead and copper into the water. 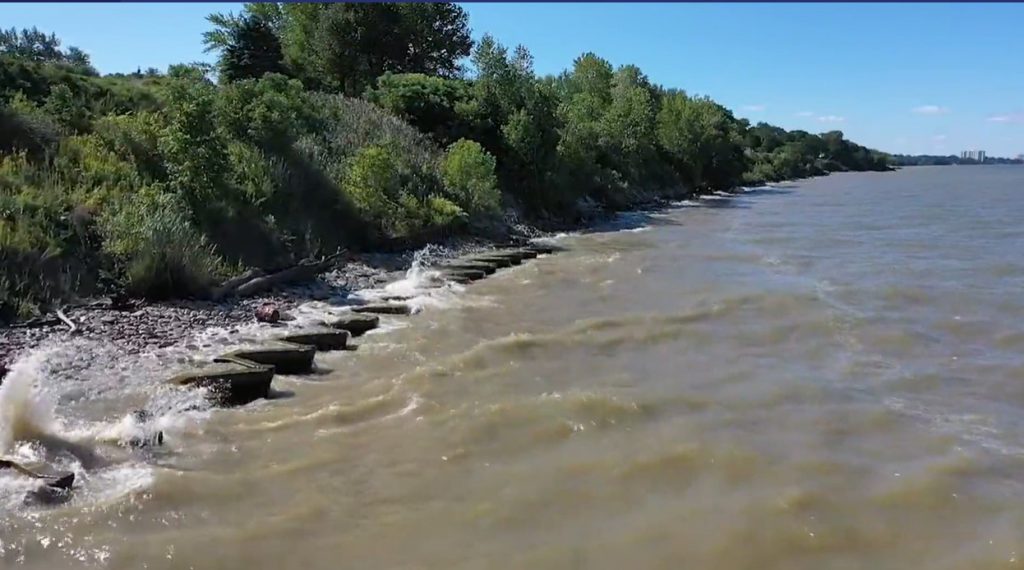 The value of the experimental forecast does not end there. Information about the predicted depth and location of the hypoxic water is available to resource managers and the public. As part of the last hypoxic water event, the Ohio Department of Natural Resources was able to solve another mystery. Concerned residents submitted many reports of unusual numbers of dead fish washing ashore. Because they had also received the hypoxic event warning notice, resource managers were able to confirm and report back to callers that the fish kills were associated with the low oxygen water event and not likely associated with a pollutant spill.

To learn more about the forecast, or to be added to the email list, contact forecast developer, Mark Rowe (mark.rowe@noaa.gov). For information on the NCCOS Coastal Hypoxia Research Program, contact Felix Martinez (felix.martinez@noaa.gov).