Most ocean enthusiasts are familiar with shallow coral reefs; colorful ecosystems teeming with life that support more species than any other marine environment. But what many people don’t know is that if you look a little deeper, you’ll find these reefs can extend to depths of roughly 500 feet or more. These deeper reefs are known as mesophotic coral ecosystems, or “twilight reefs.”

With the health of shallow coral reef ecosystems in decline, it is important to understand the value and role of mesophotic coral ecosystems in tropical and subtropical waters. These ecosystems serve as essential habitat for economically and ecologically important species to spawn, breed, feed, and grow to adulthood. 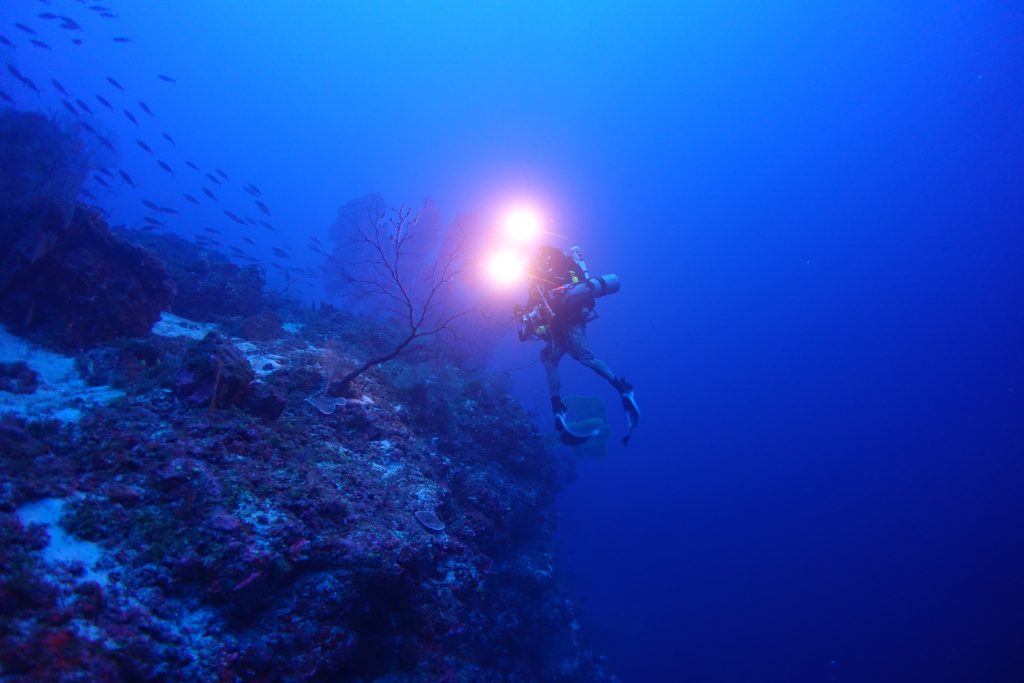 Mesophotic Coral Ecosystems
Mesophotic coral ecosystems are located below conventional scuba diving depths, at approximately 100 to 500 feet or more. Due to their depth, they remain relatively understudied. They share some coral and fish species with shallow coral reefs, in addition to other species that are unique to these deeper depths. 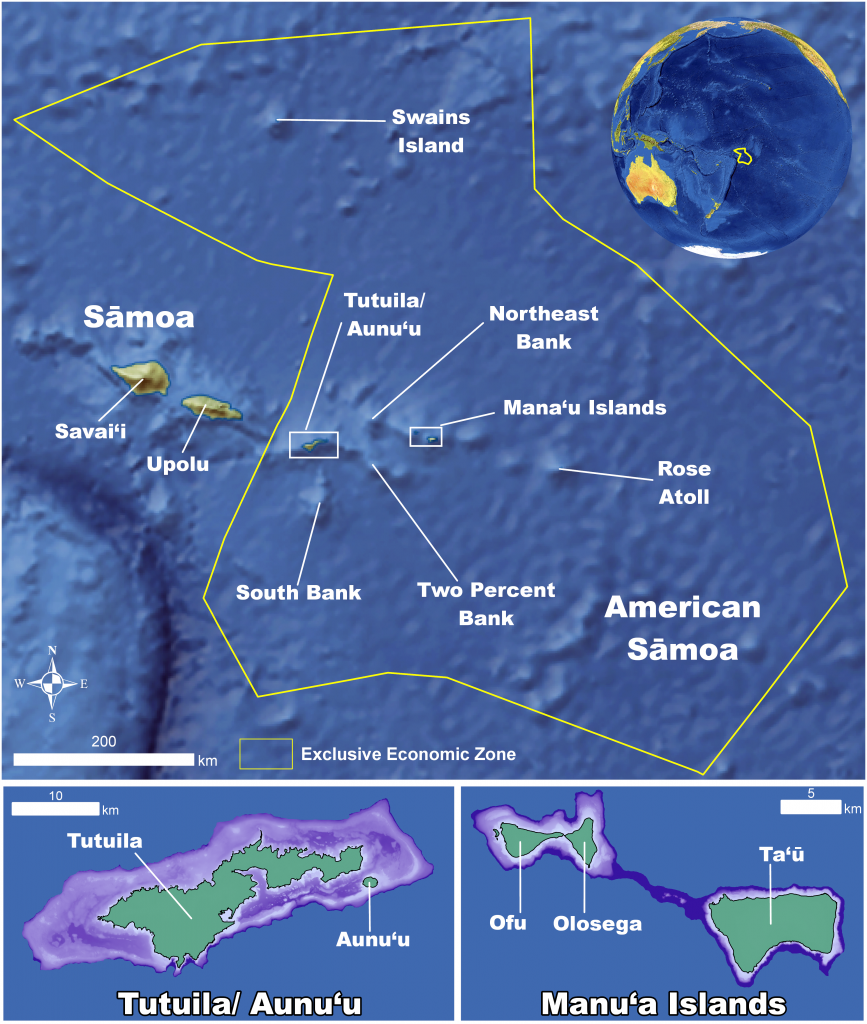 There is only modest knowledge of the fish and corals found within mesophotic coral ecosystems in American Samoa. We have little to no information about the physical environment, habitat characteristics, water quality, or distribution of mesophotic coral ecosystems in the region. Improved scientific understanding of these poorly known areas will help resource managers to proactively develop strategies to manage and protect these ecosystems.

Partnering to Understand Mesophotic Coral Ecosystems
The project is led by the U.S. Fish and Wildlife Service’s Pacific Islands Fish and Wildlife Office, in partnership with Bishop Museum, the Hawaiʻi Institute of Marine Biology at the University of Hawaiʻi, Old Dominion University, and the NOAA Papahānaumokuākea Marine National Monument. The U.S. Fish and Wildlife Service will lead research related to coral ecology and describing physical habitat characteristics. Bishop Museum will lead studies on fish taxonomy and reproduction studies, the diversity of algae and non-coral invertebrates, and identifying environmental water characteristics. University of Hawaiʻi will lead the study of evolutionary relationships among organisms and environmental DNA research. Old Dominion University will lead bleaching studies on the susceptibility of mesophotic corals to changes in ocean temperature and water quality. NOAA Papahānaumokuākea Marine National Monument will lead the fish diversity and ecology research.

Research for the Future
The information produced by this project will provide resource managers with an inventory of species associated with mesophotic coral ecosystems in American Samoa and their habitat preferences. It will include distribution and abundance data for key species and reproductive characteristics for commercially important fish. The research will help identify local and regional threats to mesophotic coral ecosystems in American Samoa, as well as predict distribution of these ecosystems across American Samoa. 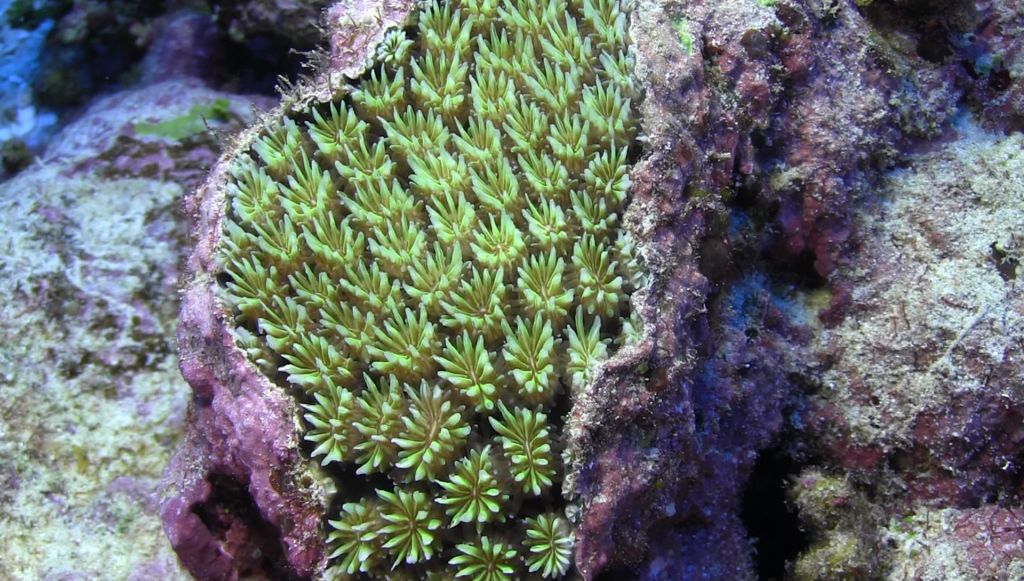 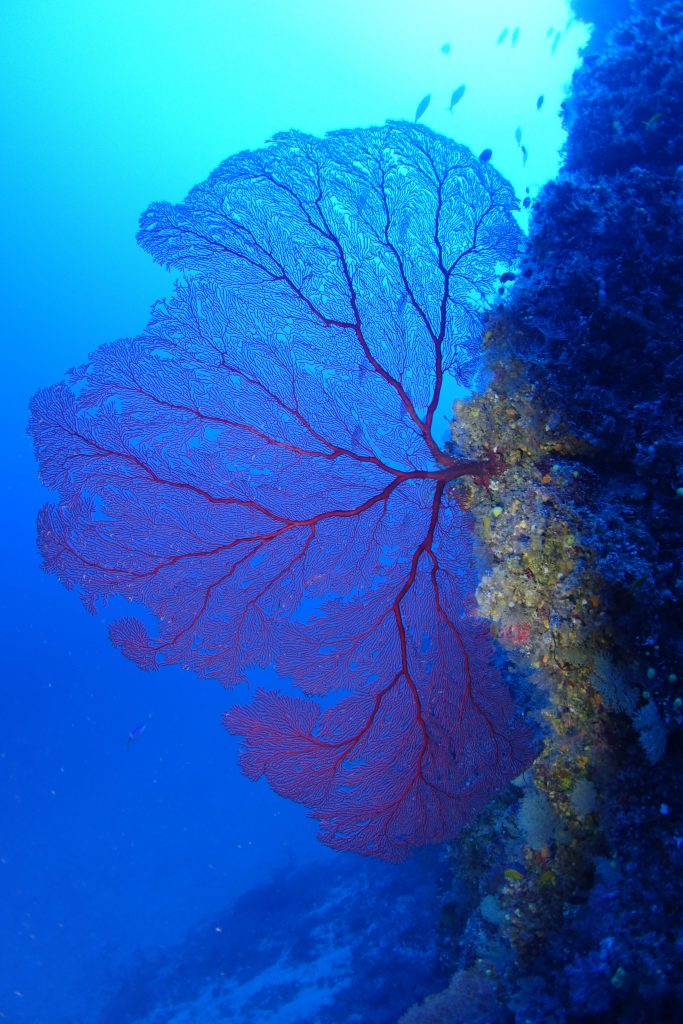 A large gorgonian coral grows along a reef drop-off at a depth of about 70 meters (230 feet) off Vaitogi, American Samoa. Credit: R.L. Pyle under Creative Commons License. 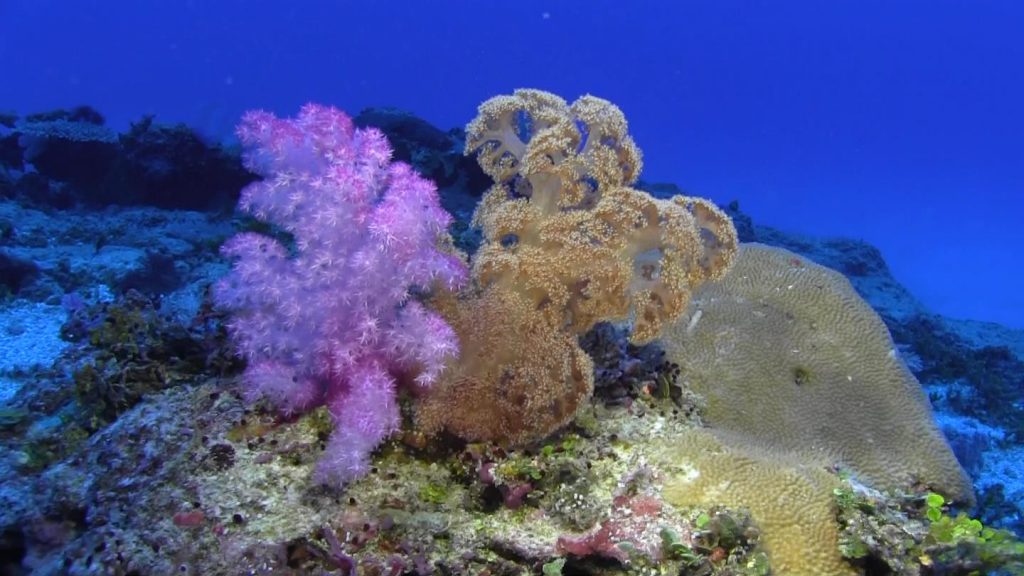