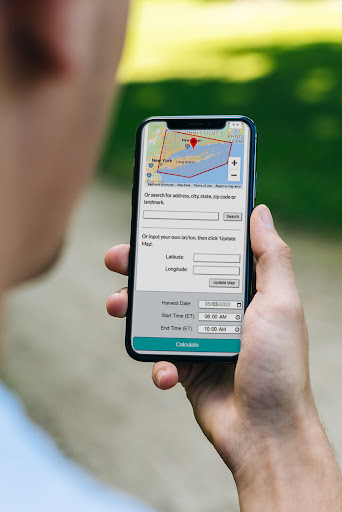 A new web-based, mapping tool available to growers, farmers, and managers in Long Island Sound will allow users to see how much Vibrio bacteria growth they might encounter when harvesting oysters.

NCCOS produces several Vibrio Predictive Models that improve the safety of oysters by assisting coastal managers and shellfish growers in oyster harvest decision making nationwide. Vibrio are bacteria that occur naturally in our coastal waters, but certain species and strains can also be harmful to human health.

Vibrio parahaemolyticus (Vp) can cause infection commonly associated with the consumption of raw or undercooked seafood, and usually results in an intestinal infection that will resolve itself without treatment. Vp has one of the fastest growth rates of all estuarine bacteria, and the population can replace itself, or double, every hour at 90 degrees Fahrenheit. The new and improved Vibrio Harvest Calculator can help users plan safer harvest and cooling strategies.

The calculator allows the user to predict Vp growth scenarios based on harvest location, date, and time — up to seven days in advance — in Long Island Sound. These scenarios indicate how many doublings of the Vibrio bacteria population will occur with each cooling scenario.

The new interactive map allows users to select locations outside of the four areas previously identified by the state of Connecticut as key growing areas, expanding use of the the tool to smaller farms located anywhere in the region.

The calculator was developed by NCCOS and the State of Connecticut Department of Agriculture Bureau of Aquaculture.

Sign up to receive forecast updates and breaking news on Vibrio.