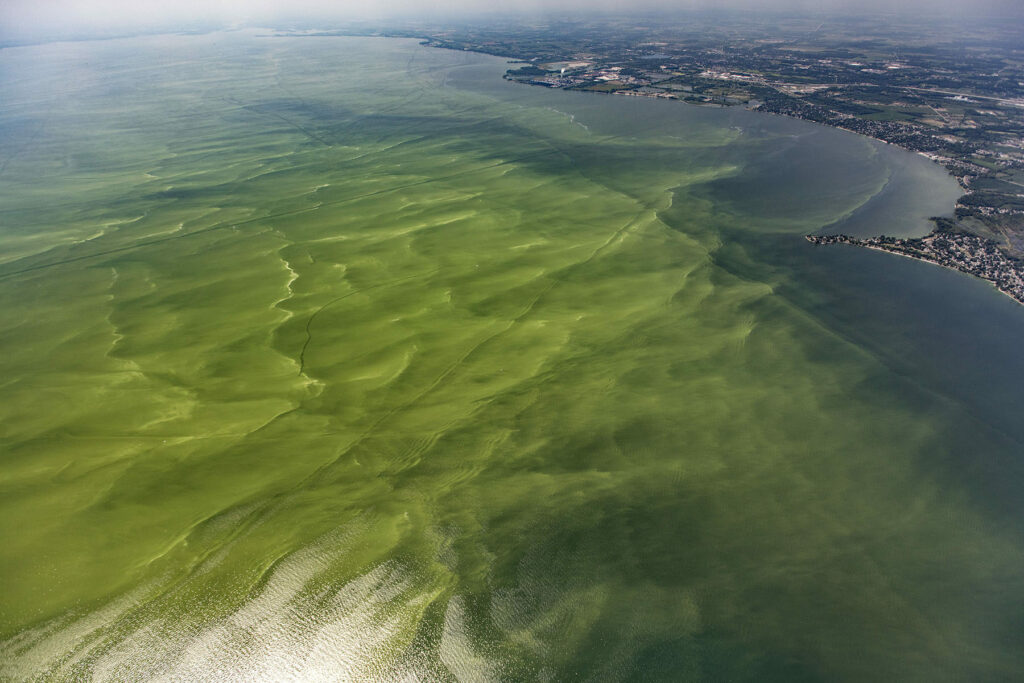 The findings suggest that reducing only phosphorus inputs to the lake could lower algal biomass, but may increase light and nitrogen availability, causing remaining algae to become more toxic. The researchers stressed that model results do not imply that phosphorus should not be reduced, but that it should be done in concert with managing nitrogen to ensure ratios favorable to reducing both bloom size and toxicity. The US and Canadian governments hope to reduce the amount of phosphorus entering Lake Erie by 40 percent by 2025 (compared to 2008 levels).

To obtain these results, the team of scientists first conducted a meta-analysis of studies of the cyanobacterial species Microcystis dating back to 1958. Building on this large catalog of observations and existing cyanobacteria models, the scientists were able to evaluate which factors control the balance between toxin-producing and non-toxin-producing strains of Microcystis, and under what conditions toxins are produced.

The authors conclude that toxic strains appear to produce toxins to help protect cells against oxidative stress, whereas the non-toxic strains use enzymes. The toxin is a more effective protective mechanism, but it comes with a high nitrogen demand. Therefore, higher levels of nitrogen may support growth of the toxin-producing strain over the non-toxic strain.

With this improved understanding of what mechanisms drive the toxicity of the cells, the authors then constructed a model to predict the abundance of Microcystis and amount of toxin produced under different lake conditions. The model suggested that if phosphorus is reduced in the lake in a manner that makes nitrogen more readily available, it may reduce the extent of the bloom but could create conditions which favor growth of toxin-producing strains of Microcystis.

There is lively debate and ongoing research in the scientific community regarding toxin production and the role of nutrients in freshwater lakes, and this publication provides new fodder for scientific discourse on nutrient reduction strategies.