New Recruits Comprise most of Coral Area Found in 2014

A completed analysis from the 2014 expedition to Pulley Ridge based on remotely operated vehicle (ROV) observations revealed significant areas of new coral growth. The findings were compiled from a total of 24 ROV dives to characterize the mesophotic coral reef ecosystems off the southwest coast of Florida and the Tortugas, and determined over 56.5 percent of the new coral area discovered consisted of new recruits with colonies less than 5-cm in size, with the densest cover of Agaricia plate corals known in the Gulf of Mexico reaching 16.8 colonies per square meter. 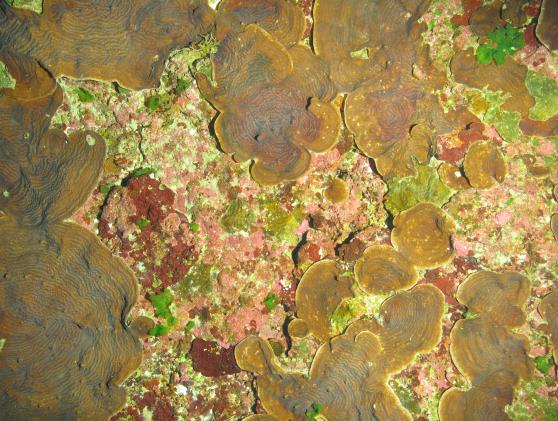 Unfortunately the coral still only accounted for five percent of the living benthic cover compared to coaralline red algae (63 percent) and green algae (10 percent) and significantly more invasive lionfish were observed on Pulley Ridge compared to the previous 2012 and 2013 surveys (268 individuals in 2014, 161 total in 2012 and 2013).

This is the third of four field seasons focusing on these ecosystems to better understand the role that mesophotic reefs may play in replenishing key species, including groupers, snappers, and other organisms in the downstream reefs of the Florida Keys National Marine Sanctuary and Tortugas Ecological Reserve. 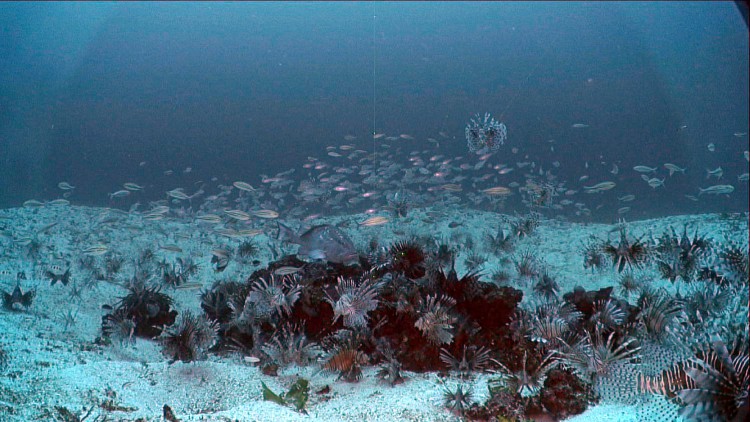 The NOAA-sponsored project, led by the University of Miami, represents a collaboration of over 35 scientists at 11 different universities pooling their expertise with state and federal agency scientists through NOAA's Cooperative Institute for Marine and Atmospheric Studies at the University of Miami in coordination with the Cooperative Institute for Ocean Exploration, Research, and Technology at Florida Atlantic University.