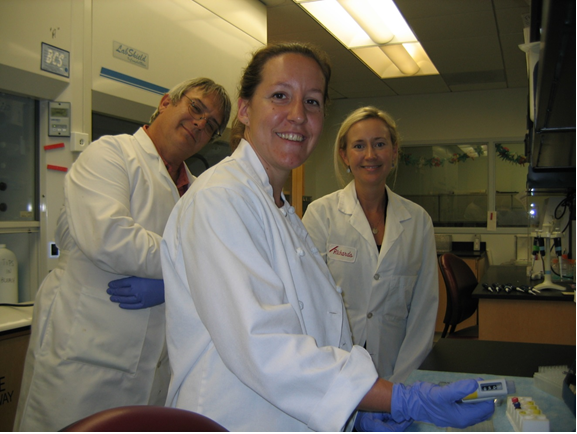 Paralytic shellfish poisoning is a world-wide, sometimes fatal, seafood poisoning caused by toxins from algae that accumulate in shellfish. The receptor binding assay is a rapid, cost-effective test that measures toxins to protect consumers from exposure to contaminated shellfish. The method was accepted as an Official Method of Analysis by the Association of Official Analytical Chemists in 2012 following a rigorous international inter-laboratory validation trial. Recently, the Interstate Shellfish Sanitation Conference approved the assay for regulatory testing of shellfish in the U.S. This technique offers an alternative to the long-standing mouse bioassay, which requires injecting shellfish fluids into mice and timing how long it takes for them to die.

Transfer of this NCCOS-developed technology to FDA scientists will expand the current capabilities of the Northeast Regional Laboratory in marine biotoxins testing. Regulatory testing of shellfish allows protection of consumers while realizing the economic benefits of expanding shellfish harvests.