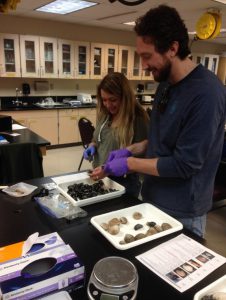 Recent analyses conducted by the Sitka Tribe of Alaska Environmental Research Laboratory (STAERL) identified lethal levels of algal-produced toxin-like activity in shellfish from two Southeast Alaska sites in late May. Blue mussels, cockles, and butter clams were found to contain up to 46 times the regulatory limit for saxitoxins. Results from testing were shared with community members providing potentially lifesaving information about the risks from algal toxins associated with consumption of shellfish collected during subsistence harvests.

At a recent SEATT workshop held in Sitka, Alaska, representatives from tribal communities learned how to sample and submit shellfish samples to the STAERL for testing for shellfish toxins using the receptor-binding assay for saxitoxin. This effort is a component of the newly developed coordinated HAB action plan for Alaska. 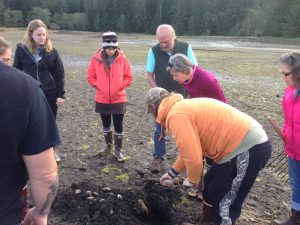