A team of NCCOS sponsored scientists have enhanced a hypoxia model with an unprecedented, multi-decadal oceanographic dataset to predict the combined effects of reduced nutrient loading, increased temperature, and freshwater discharge. The model study brings a new assessment of the contending effects of increased temperature and nutrient reductions on northern Gulf of Mexico (NGOMEX) hypoxia. These new results highlight the challenges of achieving hypoxia reduction targets, particularly under warming conditions, and should be considered in ecosystem management.

Models are essential tools to understand how hypoxia will respond to future management and climate scenarios. Despite decades of effort, management of the ecologically impaired NGOMEX dead zone remains challenging. Until now, no one has set forth a probabilistic assessment of the antagonistic effects of increased temperature and nutrient reductions on hypoxia. 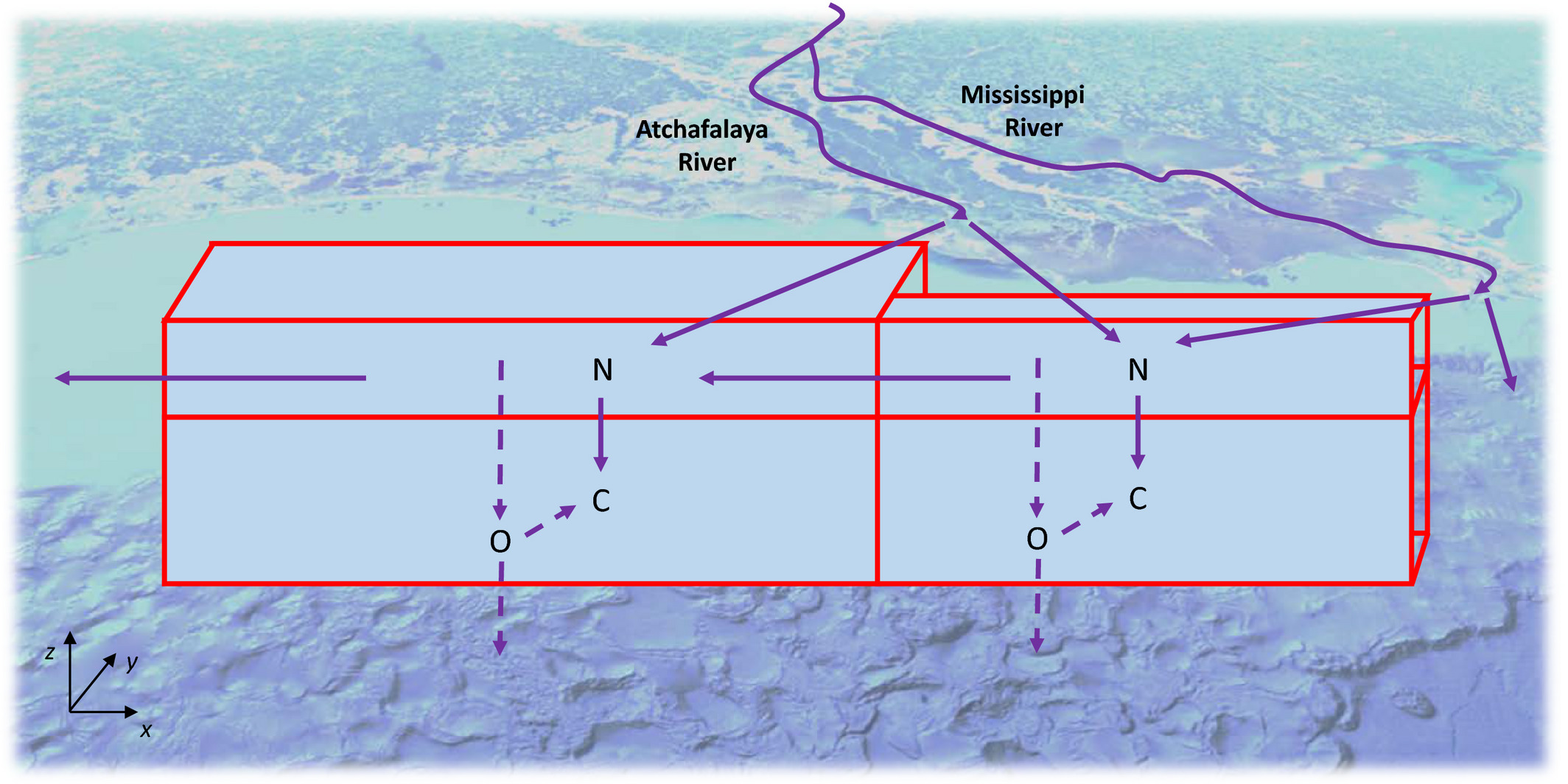 The model distinguishes between two types of oxygen consumption. The first is associated with the decay of organic matter accumulated in the sediments (i.e., sediment oxygen demand or SOD), which is influenced by winter (November–March) nutrient loads. The second is associated with organic matter from spring and summer nitrogen loads, what is expected to manifest largely as water column oxygen demand (WCOD). Previous models of NGOMEX hypoxia focused mostly on May or May–June nutrient loads. Compared to those models, this new formulation better captures the large hypoxic zones that are often present on the shelf by late spring. 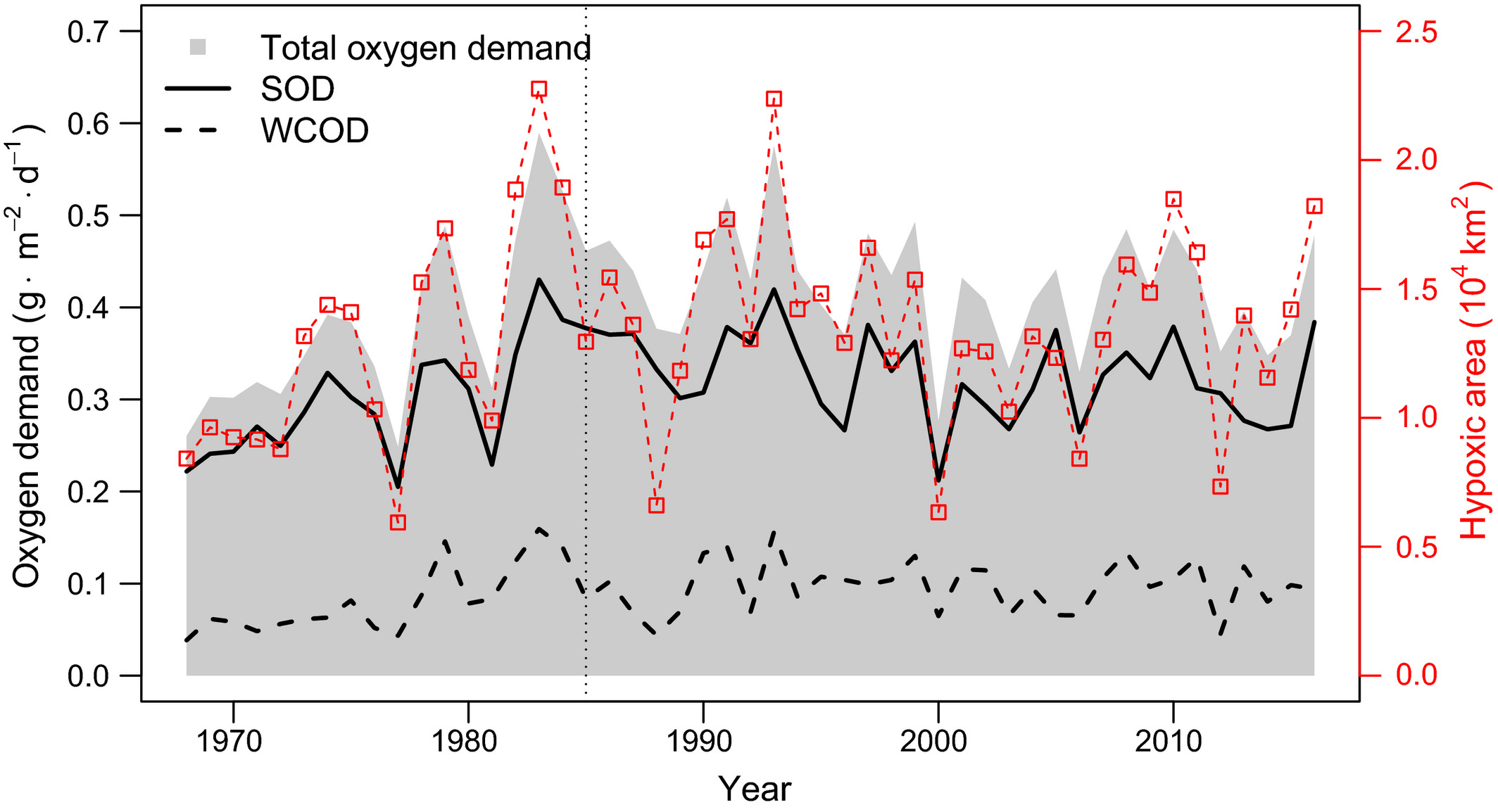 In contrast to some previous NGOMEX modeling studies, the simulations additionally demonstrate that hypoxia was both severe and worsening prior to 1985, and has remained relatively stable since. Future scenario analyses indicate that increasing water temperatures and river discharges will counter nutrient management efforts to reduce the hypoxic area.

These new modeling results highlight the potential challenges of achieving hypoxia reduction targets, particularly under warming conditions. These scenarios should be considered in ecosystem management.

The research was supported by the NCCOS NGOMEX project Synthesis and Integrated Modeling of Long-term Data Sets to Support Fisheries and Hypoxia Management in the Northern Gulf of Mexico.