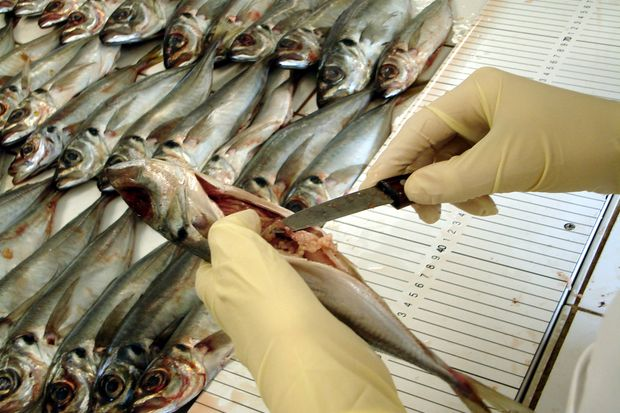 Seasonal bottom hypoxia has emerged as a major global problem in freshwater, estuarine, and coastal marine ecosystems. In order to manage marine systems experiencing hypoxia in an ecosystem based management (EBM) context, it is essential to determine the thresholds of dissolved oxygen that result in impacts to a particular species or community of organisms. However, few studies have examined hypoxia thresholds in the natural environment, and the relationship between hypoxia, diet, and trophic levels (benthos, zooplankton, fish) remains largely speculative.

Fish were collected from the northern Gulf of Mexico using a bottom trawl during the summers 2006–2008. Researchers analyzed these data to identify dissolved oxygen threshold levels where hypoxia alters (1) composition of fish catch (catch per unit effort or CPUE) and (2) diet composition (stomach contents) of fish. The researchers found that some species of fish changed diets while in areas experiencing hypoxia. This change was notable in fish that feed on bottom food or pelagic zooplankton but not in fish that eat other fish where the prey could avoid the hypoxic areas, as the larger predatory fish themselves. The study also found lower CPUE for many species in areas with hypoxia. 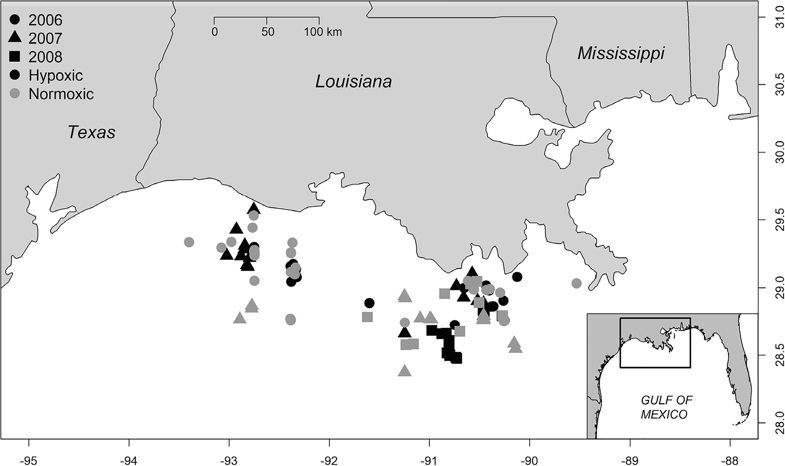 This study is an important step to understand local changes in fish food web dynamics in areas experiencing hypoxia. Incorporating hypoxia into ecosystem models and estimates of catch will improve fisheries management. 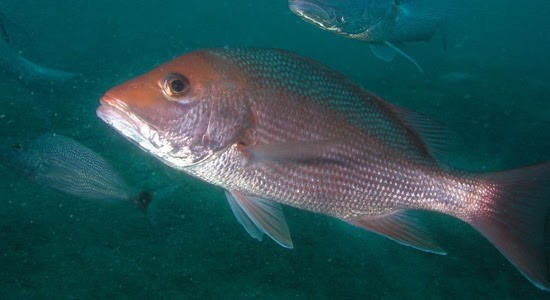