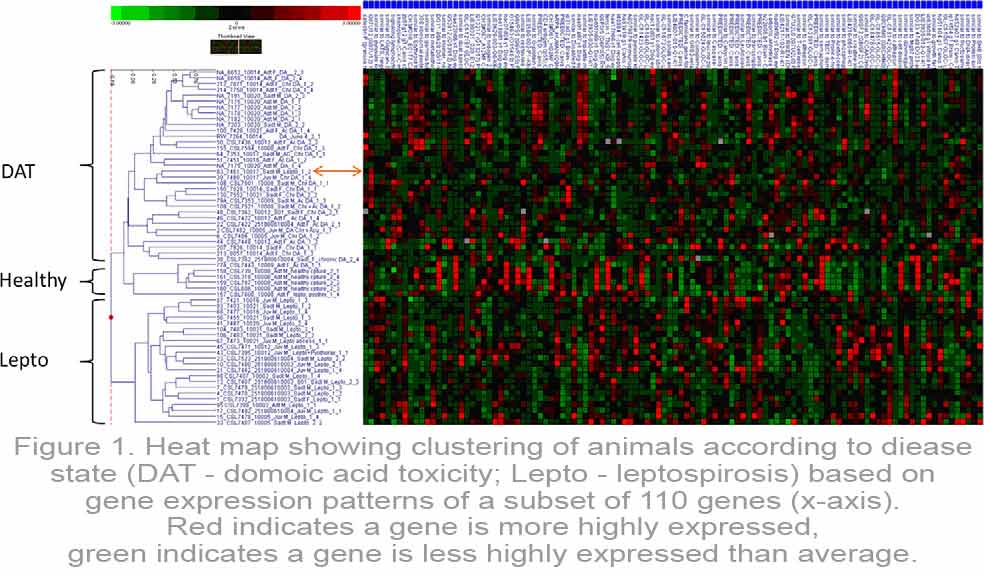 A decade of collaboration between NCCOS and the Marine Mammal Center in Sausalito, CA produced an eight year retrospective analysis of hundreds of California sea lions with acute poisoning and chronic disese. Domoic acid is neurotoxin produced by the diatom Pseudo-nitzschia australis that accumulates in the prey of sea lions and causes lethargy, disorientation, aggression, and seizures. 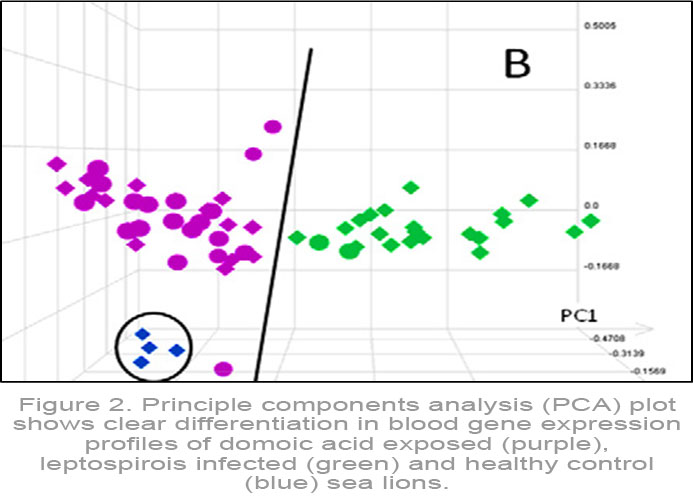 In this new study of 73 sea lion blood samples to be published in in the April issue of Developmental and Comparative Immunology, the microarray correctly classified domoic acid and leptospirosis infected animals. This tool will be further evaluated in collaboration with the Marine Mammal Center for its utility in screening animals for previous domoic acid exposure.

Scientists Use Land Use, Demographics Data to Model Distribution of Coastal Contaminants