NOAA Fisheries announced the final rule implementing Amendment 9 to the Fishery Management Plan for Coral and Coral Reef Resources in Gulf of Mexico U.S. waters, which includes the expansion to the Pulley Ridge Habitat Area of Particular Concern. The final rule will be effective November 16, 2020.

In June, the Gulf of Mexico Fisheries Management Council voted to expand the Pulley Ridge Habitat Area of Particular Concern (HAPC), located roughly 150 miles off Florida’s southwest coast. The expanded area extends fishing restrictions (no bottom trawl, buoy gear, pot or trap, and bottom anchoring by fishing vessels year round) to the east and south of the HAPC’s previous boundaries. The decision is timely, as recent findings have shown that the Pulley Ridge HAPC has sustained a 92 percent loss of coral cover in the past 10 years. 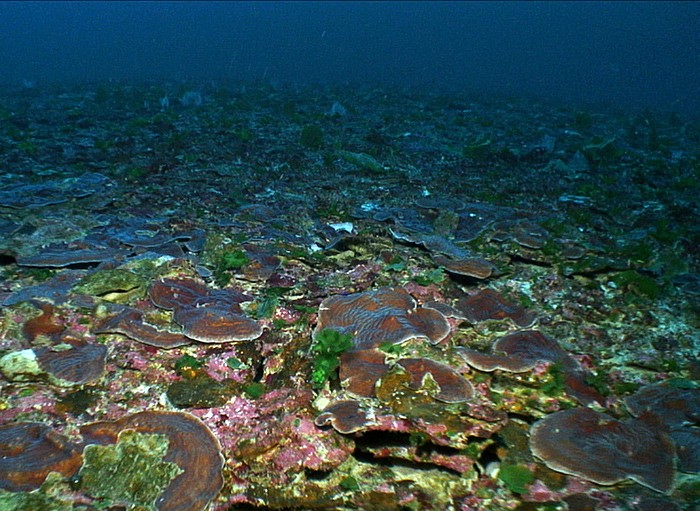 A major finding of the 2014 expedition was the discovery of large patches (up to 200 feet across) of nearly continuous plate coral (Agaricia spp.) 197 to 328 feet deep near Pulley Ridge. The site has the densest and most extensive area of plate corals known in the Gulf of Mexico. Credit: NOAA

The Council’s decision came through the approval of Coral Amendment 9 and includes an extensive new coral area (194–344 feet deep) discovered in 2014 during an NCCOS-funded project to characterize the coral ecosystems of Pulley Ridge. The expedition was led by the University of Miami through NOAA’s Cooperative Institute for Marine and Atmospheric Studies in coordination with the Cooperative Institute for Ocean Exploration, Research, and Technology at Florida Atlantic University.