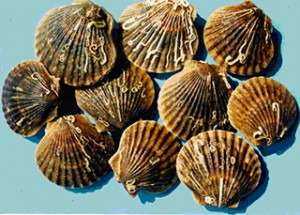 Over the last century, Long Island coastal bays, once home to some of the nation's most productive shellfisheries, have faced a series of environmental threats. The primary culprit appears to be excess nitrogen entering the waters - from fertilizer runoff to septic system effluent - that fuels excessive algal growth, reducing water quality and degrading bay ecosystems.

These algal blooms reduce oxygen levels in the water (hypoxia), lower seawater pH (ocean acidification), and have resulted in fish kills and the elimination or reduction of some shellfish species. Changing ocean conditions in the bay have also led to the establishment of toxic marine algal species. These issues have had significant economic impacts, with commercial shellfisheries losing millions of dollars annually since 1985, a projected complete loss of shellfish habitat eelgrass beds by 2030, and two-thirds of Long Island's coastal waters lacking enough oxygen for fish to survive.

For the last several years, Dr. Christopher Gobler from Stony Brook University's School of Marine and Atmospheric Sciences has informed the public, fishermen, local officials, and resource managers of these threats in his annual State of the Bays lecture, which will take place again this April 1 at the Stony Brook Southampton campus. Drawing on findings from his monitoring projects, Gobler will provide a summary of changes in key bay health indicators and a prediction of conditions over the next year.

Through these lectures Gobler has helped raise awareness among the region's government entities about the importance of making sewerage and septic infrastructure improvements to capture excess nitrogen and start the recovery of this degraded ecosystem. He has also demonstrated the need for continued investment in programs that mitigate the impacts of toxic algal blooms on shellfish. NOAA's National Centers for Coastal Ocean Science have funded Dr. Gobler's research.