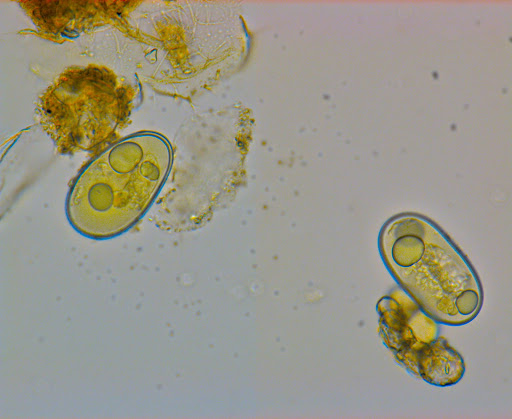 Scientists from NCCOS and Woods Hole Oceanographic Institution embarked on a seven-day sediment sampling mission in the Gulf of Maine from October 15–21 aboard NOAA Ship Pisces. Researchers isolated and collected cysts of the harmful alga Alexandrium catenella from sediment cores taken throughout the US waters of the Gulf. A map of the abundance and distribution of the cysts is a critical part of the forecasting of harmful algal bloom (HAB) events along the New England coast during 2023.

Alexandrium, commonly known as red tide, can form toxic blooms in the spring and summer in waters around the world in its vegetative stage, where cells grow in surface waters. In the winter, Alexandrium forms seed-like cysts in sediments on the ocean floor. Forecasts of the extent and severity of Alexandrium blooms depend on a map of the algal cysts in Gulf of Maine sediments and computer models simulating a range of bloom scenarios based on previous years' ocean conditions. This is incorporated into the models as part of a series of environmental factors that regulate transformations between the cyst and vegetative stages and contribute to the magnitude, frequency, and location of toxin-producing blooms.

Shellfish resources within the Gulf of Maine and southern New England are frequently contaminated with toxins produced in Alexandrium blooms, and are known to cause paralytic shellfish poisoning in humans when consumed. State managers use the HAB forecasts to monitor Alexandrium toxins and track the spatial and temporal extents of the blooms, ensuring shellfish are safe for human consumption. 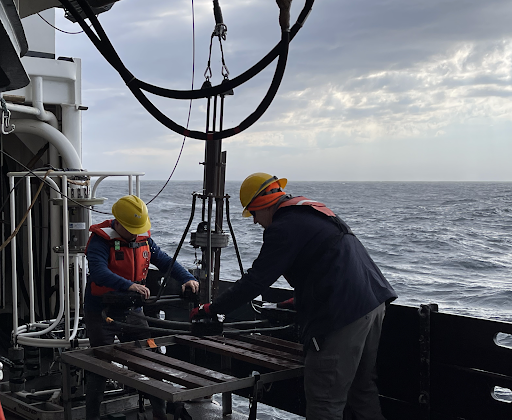 NCCOS Scientists retrieving a sediment sample aboard the Pisces in the Gulf of Maine. Credit: Terry McTigue, NOAA NCCOS.