Last October, two cases of paralytic shellfish poisoning (PSP) were confirmed after butter clams containing PSP toxins were harvested for personal consumption from a beach near Sitka, Alaska. Elevated PSP levels have prompted the state to close most southeast Alaska commercial shellfishery areas. However, recreational and subsistence shellfishers in the region remain at risk to get sick from PSP exposure in non-tested areas outside the commercial zones. Sitka and other southeast Alaskan communities have turned to NOAA for help in establishing HAB monitoring programs to address this problem. 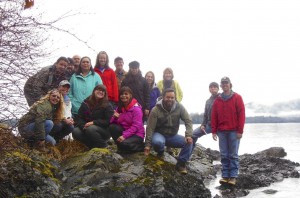 The main goal of this tribal phytoplankton monitoring is to serve as an early alert to subsistence shellfish harvesters of the potential for paralytic shellfish poisoning (PSP). Future workshops will focus on toxin determination, with the goal of transferring the recently approved Interstate Shellfish Sanitation Conference (ISSC) receptor binding assay to a centralized laboratory located in Sitka, Alaska. The series of workshops was sponsored by the Sitka Tribe of Alaska with funding from the EPA Indian General Assistance Program and the Administration for Native Americans, Environmental Regulatory Enhancement.

Ciguatera Assays Aim to Improve the Safety of Tropical Seafood