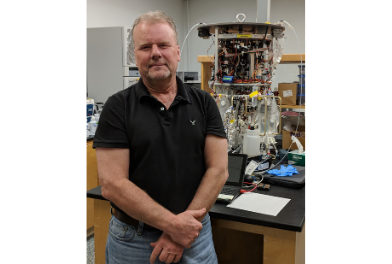 Doucette began his work on HABs as a post-doctoral researcher at the Woods Hole Oceanographic Institution (1989-92). He joined NOAA’s Marine Biotoxins Program in Charleston, SC as a U.S. National Research Council Associate in 1992, and has held a Research Oceanographer position at NOAA’s NCCOS Charleston Laboratory since 1999. His research on HABs has covered a wide range of topics, including algal toxin assay development, HAB ecophysiology, algicidal bacteria-HAB interactions, toxin trophic transfer, molecular probes for HAB species, and most recently developing sensors for HAB toxin detection deployed on field-portable and autonomous, in-situ platforms. He has published over 100 peer-reviewed articles and more than a dozen book chapters across these subject areas. Doucette and two of his NOAA (NMFS, OAR) colleagues were recognized with the Department of Commerce Gold Medal (2018) and the Gears of Government Presidential Award (2019), “For pioneering advanced toxin sensor technology to protect U.S. communities from economic and public health impacts of harmful algal blooms.”