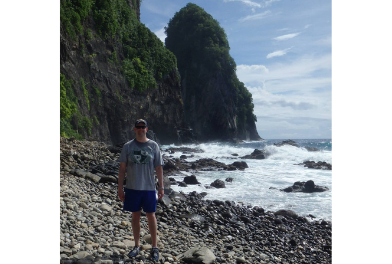 Whitall studies the magnitude, distribution and impacts of pollution in the coastal ocean, with specific emphasis on coral reef ecosystems.  His research areas of interest include: eutrophication, hypoxia, toxic contaminants, contaminants of emerging concern, watershed modeling, and source apportionment.

Whitall has been with NCCOS since 2003.  Prior to that, he was a postdoctoral fellow at Syracuse University where he studied nutrient pollution in the northeastern United States.  In previous positions he conducted significant research on air pollution, specifically the interaction between atmospheric deposition and terrestrial/aquatic ecosystems.