Measuring and Modeling the Photo-oxidation of Floating Oil

Upon release into the environment, oil is subject to a variety of weathering processes, including volatilization, biodegradation, dissolution, and photo-oxidation. Prior to the Deepwater Horizon oil spill, photo-oxidation was thought to be a minor component in oil weathering. However, more recent research has demonstrated that photo-oxidation is much more important than previously thought. The goal of this study is to better understand the photo-oxidation of floating oil.

Why We Care
Oil spills can be devastating to the environment. They not only affect the organisms that rely on that habitat, but also the people who rely on that habitat for economic and recreational activities. The process of photo-oxidation is not well understood, thus conventional spill response measures may not be useful for spill clean up depending on how long the oil has been weathering, as well as the environmental conditions that are present. The more we know about the fate and transport of oil in the environment the better able we will be to respond to future oil spills to minimize impacts.

What We Did
In a pilot study that began in 2018, we set up laboratory exposures of Louisiana Sweet Crude oil exposed to ultraviolet (UV) light to examine the physical and chemical changes that occurred in the oil. We also manipulated environmental factors, including temperature, to understand the impact on the photo-oxidation of oil. We used photography to document physical changes that occurred during UV exposure and also measured the oil chemistry to analyze the changes in different hydrocarbons. Collaborations with personnel at the NOAA/NOS Office of Response and Restoration have guided the research questions asked. 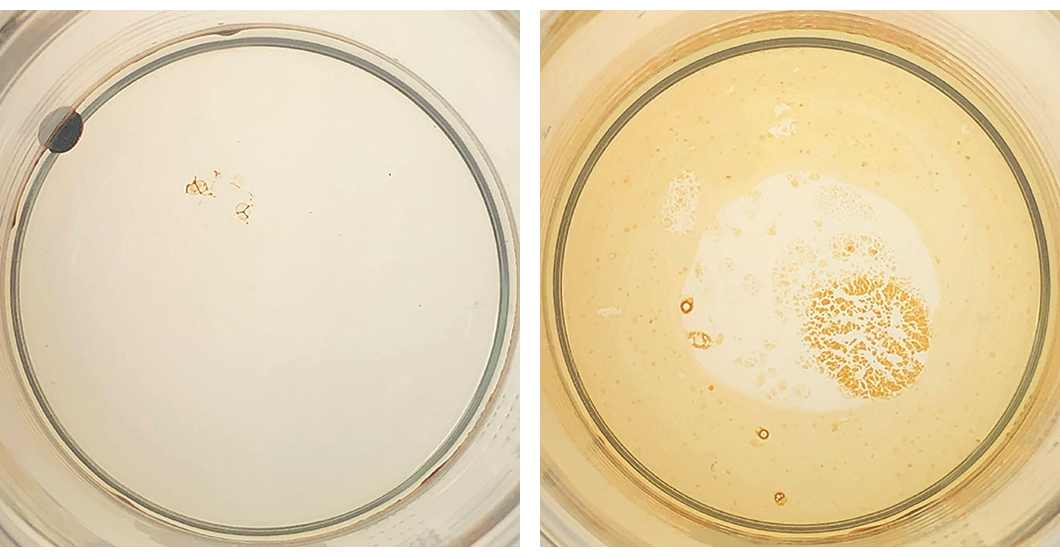 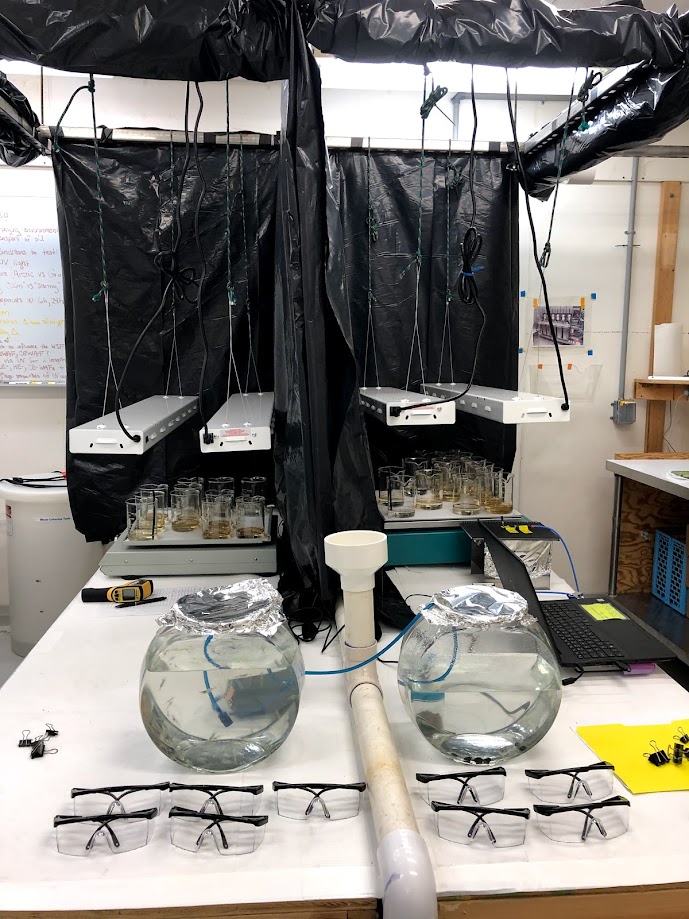 All work was performed in an environmental chamber located at the NCCOS Charleston laboratory. Environmental factors, such as light and temperature were manipulated during the exposures. Credit: Emily Pisarski, NOAA

Benefits of Our Work
Data from this study will be used to help inform existing and future oil spill models, along with decisions regarding cleanup and remediation techniques. Additionally, these data can be used in databases that contain information on the physico-chemical properties of different types of oil at differing stages of weathering.

Next Steps
The results of this pilot study have led to additional funding, where we will examine other oil types under UV exposure to determine if tar ball formation still occurs. Also, we will be investigating the chemistry of the underlying water (e.g., pH, dissolved oxygen, chemical composition), changes in the bulk physical properties of UV exposed oil (e.g., density, viscosity), as well as performing a more in-depth chemical analysis of the oil (e.g., non target analysis, SARA analysis) to gain a better understanding of how oil changes when exposed to UV light.