Impact Assessments and Management Strategies for Invasive Lionfish in the Atlantic

We are conducting biological and ecological assessments of invasive lionfish to determine their impact on reef habitats and economies of the Atlantic. Our work includes interpreting the results of existing biological and ecological studies, identifying data gaps, mapping the distribution of lionfish, and assisting with development of management plans. It is the first study targeting the invasion of Indo-Pacific lionfish along the U.S. Atlantic coast.

Why We Care
The Indo-Pacific lionfishes (Pterois miles and Pterois volitans) are voracious predators. They have become widely established along the U.S. south Atlantic coast, Caribbean, and Gulf of Mexico since they were introduced in the 1980s by the aquarium trade. Lionfish eat native fish and crustaceans in large quantities, outcompeting important commercial and recreational fisheries (e.g., snapper and grouper) and permanently restructuring native reef fish communities. In the absence of native predators, lionfish are becoming more common than some native species on some reefs, occurring by the hundreds per acre. Their venomous spines deter predators and cause painful wounds to humans.

What We Are Finding
Indo-Pacific red lionfish (Pterois volitans) have been documented along the U.S. Atlantic coast from Florida through Massachusetts, east to Bermuda and south throughout the Caribbean. Their expansion has been extremely rapid and exponential in scope.

Our biological research has revealed that lionfish:

Our ecological results have indicated that lionfish:

Control methods should include harvesting lionfish colonies, as they are edible and considered a delicacy. Local removal efforts can significantly reduce lionfish densities.

Next Steps
We are continuing evaluations of lionfish impacts and new control plans, which are vital throughout the warm temperate and tropical waters of the Atlantic. We will continue to provide reef managers with tools to combat the invasion and work to develop new assessment and control strategies capable of reversing lionfish impacts in marine protected areas. 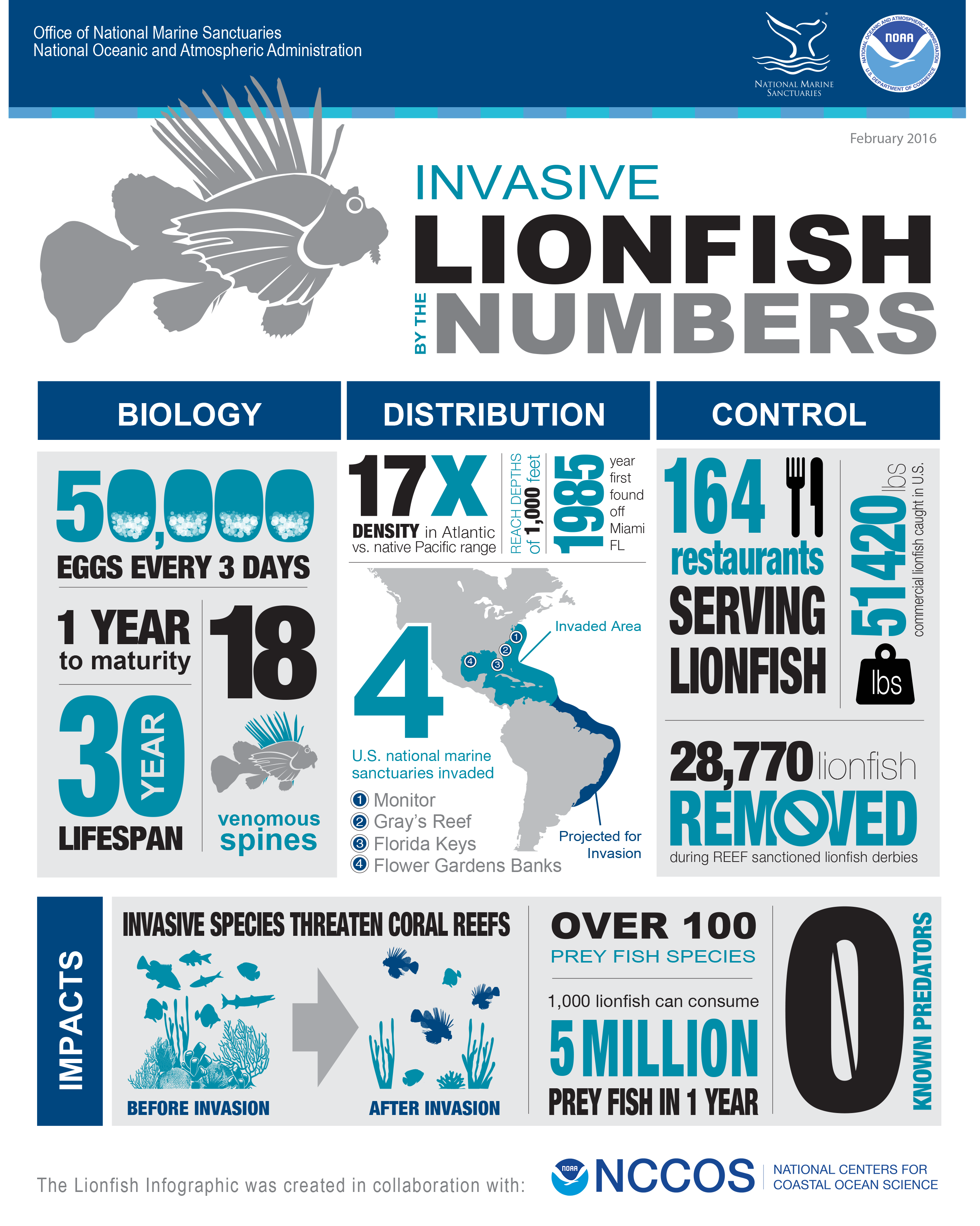