Today, our sites included two areas within the Achang Reef Flat Marine Preserve. The preserve is on the northeastern end of Cocos Lagoon, a beautiful area that includes sea grass beds and extensive reef flats, along with the Manell Channel, which drains Cocos Lagoon. We used the smaller boat, as the reef flats where we wanted to collect fish were quite shallow. We saw a couple of turtles moving slowly through the water, possibly green sea turtles. They appeared relatively unconcerned about our presence in the preserve. 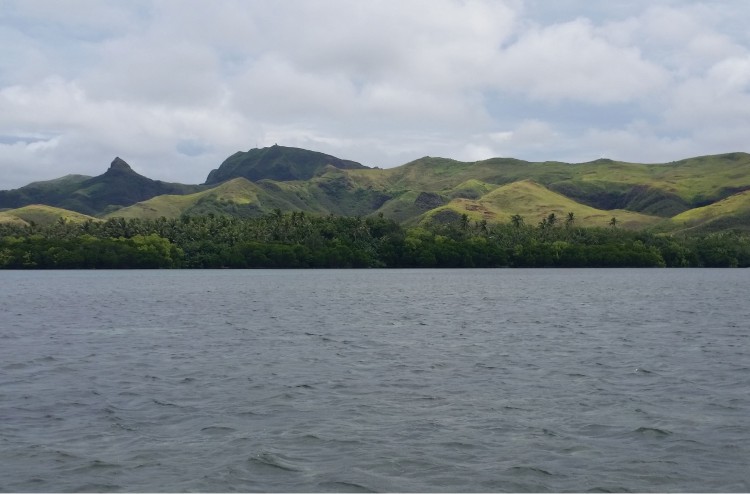 There were a number of fish species including honeycomb grouper (Epinephelus merra) and thumbprint emperor (Lethrinus harrack) that we hoped to catch today. Two sites within the preserve had been chosen in consultation with Jesse Cruz and Danzel Narcis of Guam EPA. The first was out on the reef flat, the otheron the edge of the Manell Channel. We putin at a boat ramp off of Route 4 in Merizo. In order to fish in the preserve, we needed a permit from the Guam Department of Agriculture's Division of Aquatic and Wildlife Resources (DAWR). The folks at DAWR have also been great to work with, both in the planning and implementation of this project. With the permit in hand, we were able to catch the fish we needed, so that we'll be able to see what types of chemical contaminants might be present in this part of Cocos Lagoon, once the samples are analyzed. 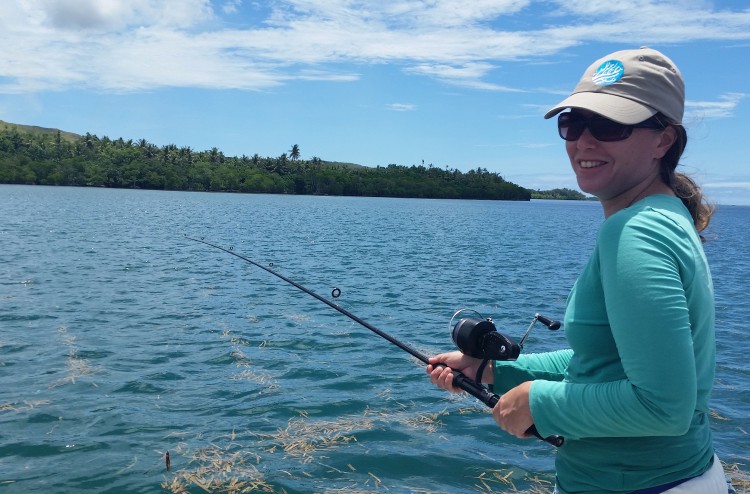 I noticed a difference almost immediately in the size of the fish we were catching in the preserve; they were substantially bigger! I asked our fisher, Jason Miller and CRCP's Adrienne Loerzel about this, and they noted we might be seeing the beneficial effects of the preserve. We went on talking about enforcement of the fishing restrictions in the preserve, and it was noted thatin addition to agency patrols of the preserve, there isalso a lot of 'community policing 'of the area. I then asked what that might mean, and Jason noted that if folks see someone fishing in the preserve,they are likely to ask them who they are and what they are doing fishing in the preserve! Folks in the area value this special place and want to preserve it. We pulled up anchor as soon as we got the fish we needed, as it was felt that even though we were in a boat clearly marked as being from Guam EPA, we were just as likely to be quizzed as to what we were doing in the preserve! 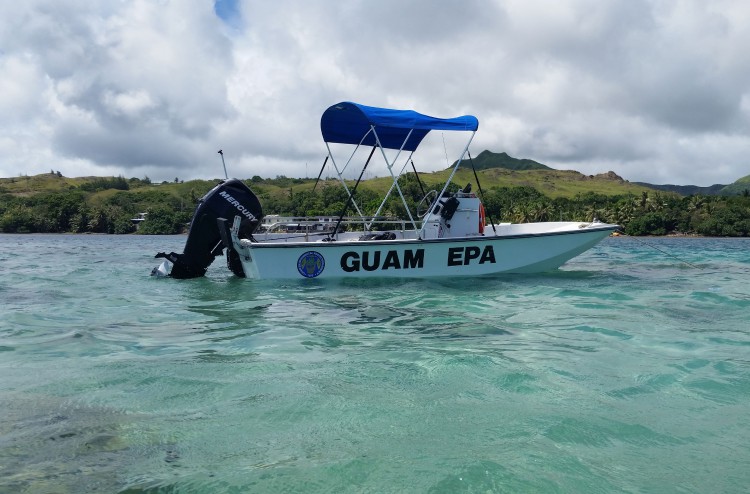 After leaving the area, we headed to an area in Stratum 3, to see if we could finish up that stratum with a couple of fish. It's very tricky to maneuver in this area as the coral heads occurred in clumps, and were just below the surface of the water. I actually got the chance to do a little fishing myself. I jumped in the warm water and walked around, and casted a few times. I do a fair amount of fishing on the East Coast of the U.S., but unfortunately had no luck in the waters of Cocos Lagoon.

Ian and Dennis continue to make good progress in collecting the sediment samples. Today, they were finishing up sites in Strata 2 and 3. The work has gone very well, and the freezer at Guam EPA isfilling up with the samples we've been collecting. By the end of this day, we were tired but happy tohave had a good day of sampling. We drove back to the EPA lab in Barrigada to sort and freeze the samples we collected, and to meet with our partners to discuss tomorrow's field sampling.If all goes well, we may only have one more day of sampling.

Hypoxia Effects on Fish and Fisheries in the Gulf of Mexico