Home > Explore News > Report Describes Socioeconomics of Human Communities Adjacent to Guam's Coral Reefs
View from a lagoon in the Manell-Geus Habitat Focus Area, which lies at the southern tip of the island of Guam. Credit: NOAA 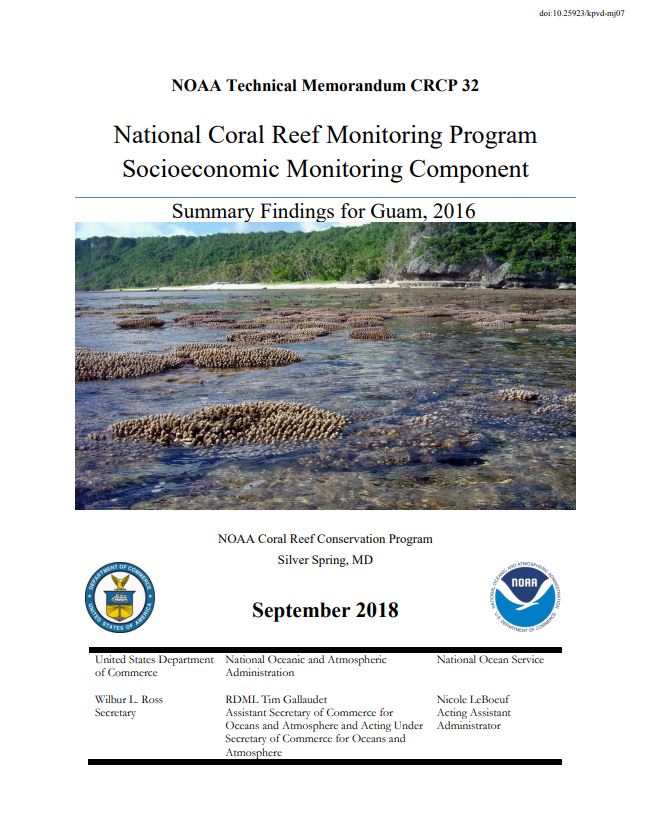 Household surveys from February to July of 2016 revealed that Guam residents generally supported a range of potential marine management policies and regulations (such as permit and certification requirements for water sports tour operators, and size limits for certain fish species), and suggested moderate familiarity with the various threats faced by coral reefs (such as pollution, overfishing/harvesting, and climate change). Guam residents indicated that they participate in beach recreation and swimming most frequently, and 30 percent of residents participate in fishing or gathering of marine resources. Perceptions of coral reef health and water quality vary across the island: one third of the population felt that the amount of coral in Guam is “good,” whereas another third believed that it is “bad.” In contrast, 57 percent thought ocean water quality is “good.” Thirty-eight percent of residents thought the amount of coral has gotten worse over the past ten years, but when asked how the condition of marine resources will change over the next 10 years, nearly half indicated that they believe conditions will improve.