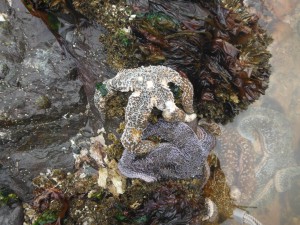 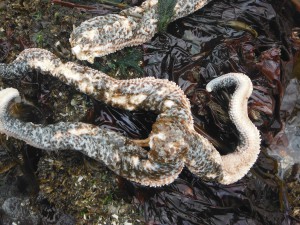 Sea star wasting disease, thought to be caused by a virus, is killing sea stars along much of the North American Pacific coast. Similar die-offs occurred in the region in the past, but not at this magnitude, nor in Alaska. Many scientists had thought that Alaskan waters were too cold for the virus, but recent warm ocean temperatures might be a contributing factor. Loss of sea stars is concerning because they are top predators that facilitate diverse ecosystems by consuming and thus preventing organisms, such as mussels, from taking over. Changes in their populations could have a ripple effect throughout the entire ecosystem, altering species distributions and ecological function.