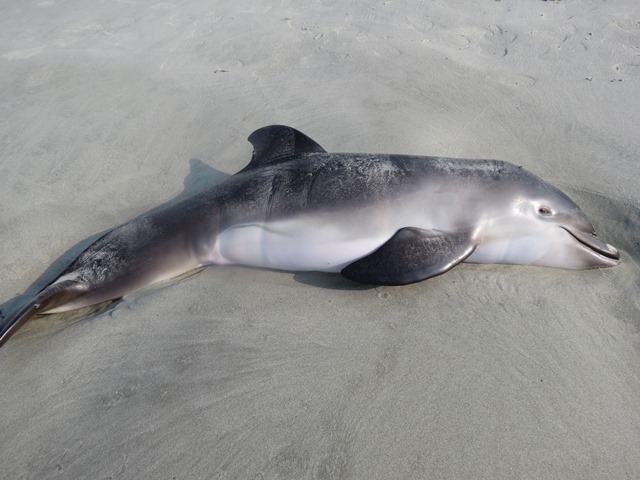 CCEHBR staff and their partners from Coastal Carolina University and the South Carolina Department of Natural Resources assessed over 100 mortalities from October 2013 through May 2014, which is four times more than the historical average during those months. Since July 2013, over 1,200 bottlenose dolphin mortalities have been reported from New York to Florida.

Of the dolphins that have been tested, approximately 96 percent were positive for morbillivirus, the same virus that killed at least 750 dolphins along the U.S. East Coast from 1987 -1988. CCEHBR staff's effort during the recent event contributed to the detection of the progression of the disease over time, and staff continue to assess dolphin mortalities in South Carolina for emerging diseases.

Reviews of Our Current Understanding of Harmful Dinoflagellates Published