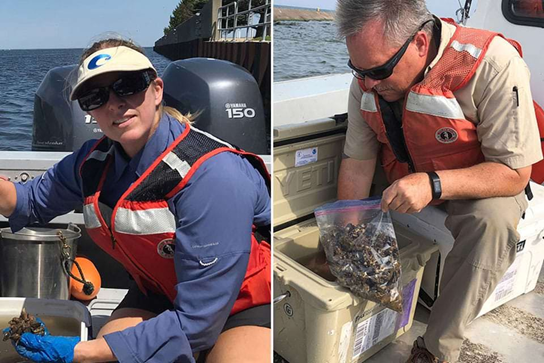 NOAA is investigating if the Mussel Watch contaminant monitoring program can be used to monitor microplastics in the aquatic environment.

Plastic has become the most pervasive type of pollution found in our oceans and Great Lakes. Plastic debris clutters shorelines and drifts in the open ocean entangling, entrapping, choking, and killing fish, marine mammals and seabirds. Microplastics (< 5 mm) are an insidious manifestation of plastic pollution because they are ingested by marine animals who mistake it as food.

The mussel watch concept, first proposed by Edward Goldberg of Scripps Institution of Oceanography and funded by EPA from 1976–78, was restarted by NOAA in 1986 and has operated annually ever since. NOAA’s Mussel Watch Program (MWP) monitors roughly 300 coastal estuarine and marine sites plus more than 100 freshwaters sites in the Great Lakes. The MWP uses the filtering ability of bivalve mollusks (marine mussels, oysters, and invasive freshwater mussels – Dreissenid sp.) as sentinel organisms to monitor contaminants such as heavy metals, pesticides, pharmaceuticals, and “forever chemicals” (e.g., PCBs, PFCs). The nearly 40 years of experience have demonstrated the utility of the MWP concept and also its limitations. 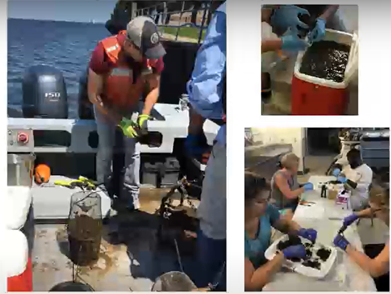 NOAA is studying if microplastics can be added to the suite of chemicals monitored by the MWP. This study, a collaboration between NOAA MWP, Loyola University Chicago, and the NOAA Marine Debris Program, is using invasive mussels as a monitoring tool for estimating the distribution and abundance of microplastic pollution in the Milwaukee Estuary and Lake Michigan near Milwaukee, Wisconsin. Results will provide important information as to the feasibility of using bivalves to monitor microplastics.

Learn more about Mussel Watch in the Great Lakes with NCCOS News and a NOAA Marine Debris Program case study. 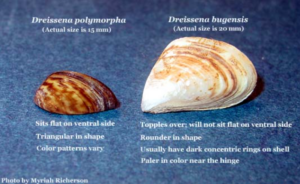 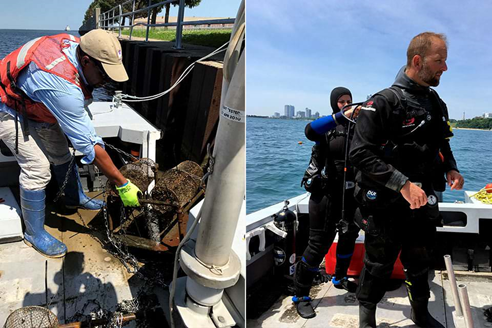