NCCOS scientists are forecasting this summer’s Gulf of Mexico hypoxic zone or “dead zone”—an area of low to no oxygen that can kill fish and other marine life— to be approximately 4,880 square miles, smaller than the five-year average measured size of 5,400 square miles and substantially less than the record of 8,776 square miles set in 2017. The annual prediction is based on U.S. Geological Survey (USGS) river-flow and nutrient data. 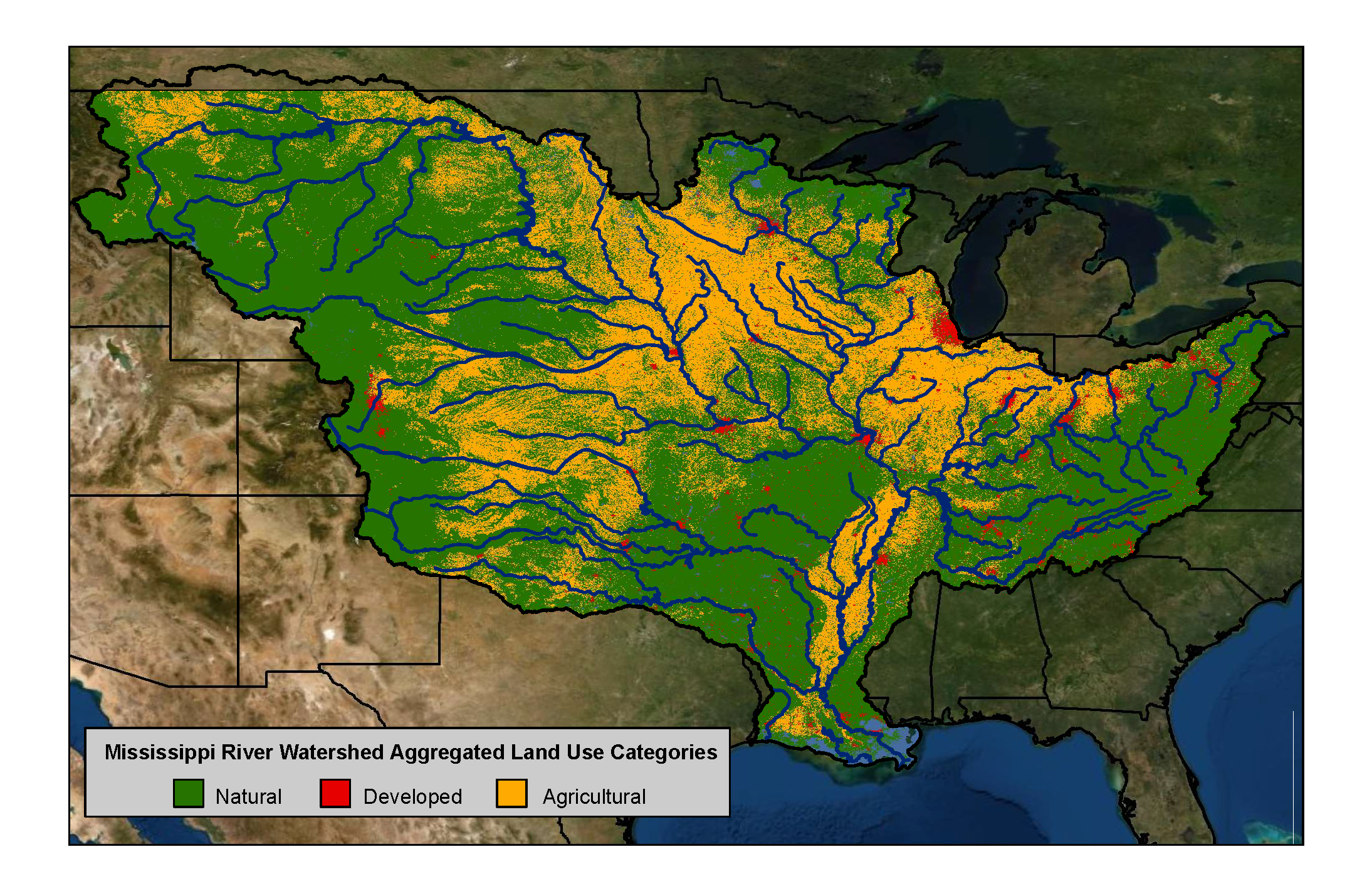 The Mississippi River watershed encompasses over 40% of the continental U.S and crosses 22 state boundaries. Nitrogen and phosphorus pollution in runoff and discharges from agricultural and urban areas are the major contributors to the annual summer hypoxic zone in the Gulf of Mexico. Source – Adapted from the USGS National Land Cover Dataset to show the three major aggregated land use categories across the Mississippi River Watershed: agriculture (yellow), developed (red), and natural (green).

The dead zone in the Gulf of Mexico affects nationally important commercial and recreational fisheries and threatens the region’s economy. NOAA issues a dead zone forecast each year, and refines the models used by the Hypoxia Task Force to set nutrient reduction targets and better understand the link between hypoxia and nutrients. A NCCOS-supported monitoring survey is scheduled to confirm the size of the 2021 Gulf dead zone in late July, a key test of the accuracy of the models.

This is the fourth year NCCOS is producing an independent forecast, the culmination of a multi-year academic-federal partnership to develop a suite of hypoxia forecast models. The partnership included teams of researchers at the University of Michigan, Louisiana State University, William & Mary’s Virginia Institute of Marine Science, North Carolina State University, Dalhousie University, and USGS. The NOAA forecast integrates the results of these multiple independent models into a separate average forecast and is released in coordination with these external groups.