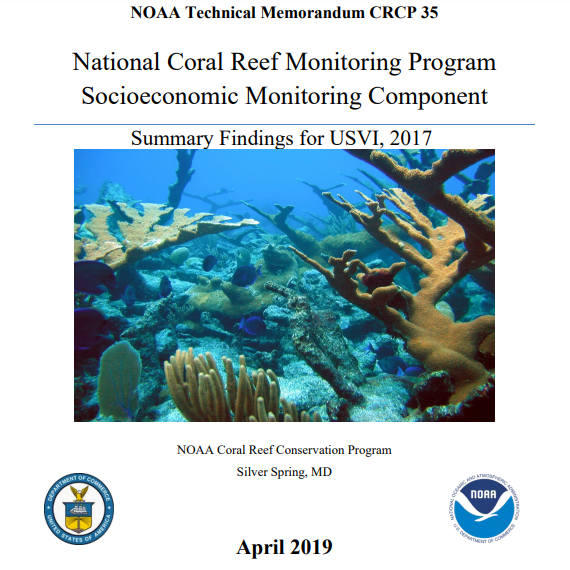 These findings represent the baseline assessment for future socioeconomic monitoring of USVI's coral reefs, and they will feed into composite indicators that will detail the status of USVI's coral reef adjacent communities in relation to the other U.S. coral reef jurisdictions. As this marks the completion of the first full monitoring cycle, surveys will now be repeated in each U.S. coral reef jurisdiction over the next five to seven years.