In December, NCCOS scientists and their partners used both airborne and water surface drones to map land elevations and water depths around Santa Cruz Island, the largest of the Channel Islands, off the coast of southern California. The depth soundings collected by the water surface drones will be used to validate the depths derived from the digital aerial photos taken by the airborne drones.

Following the team’s successful testing of several airborne drones in a tropical environment last spring, the researchers sought to identify the potential of drone technology in a more challenging, temperate environment, such as the Channel Islands. The team is using data from these missions to define the environmental and operational limitations of drones, and to better understand how these technologies complement and advance NOAA’s existing seafloor mapping capabilities. Drones may offer an inexpensive and accurate way to map coastal regions that are difficult to access, providing many organizations the photographs, elevation, and depth data needed to inform coastal management decisions. 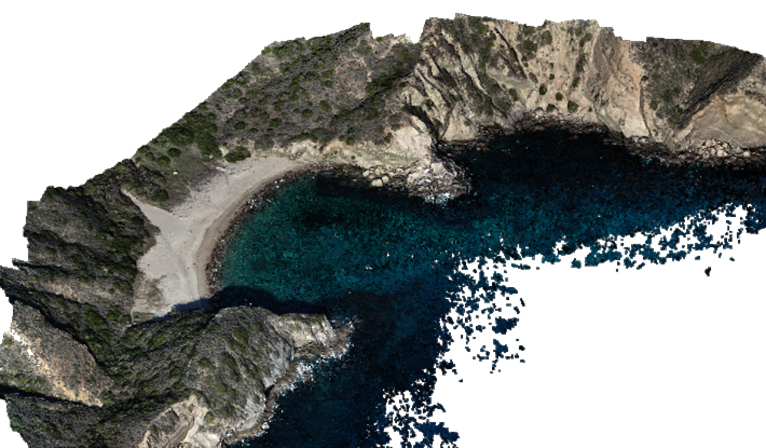 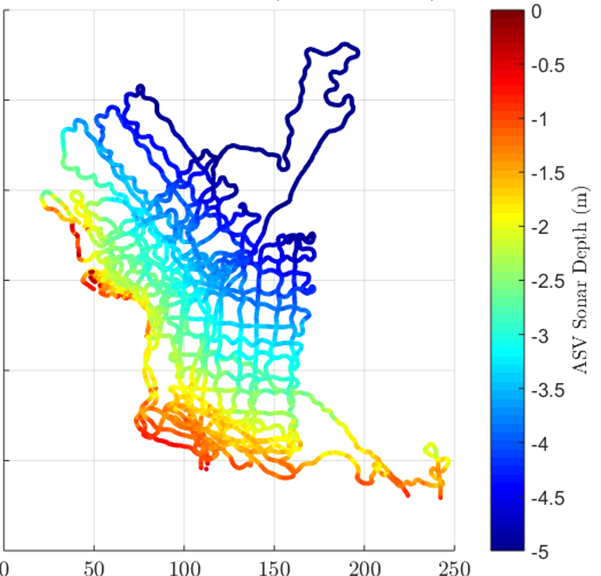 The researchers collected thousands of water depth soundings using an autonomous surface vehicle (ASV). This information will be used to validate the depths derived from the sUAS photographs. These platforms, combined with Structure from Motion (SfM) software, are capable of producing centimeter-scale photo mosaics, elevation, and depth data for nearshore environments. Credit: NOAA.