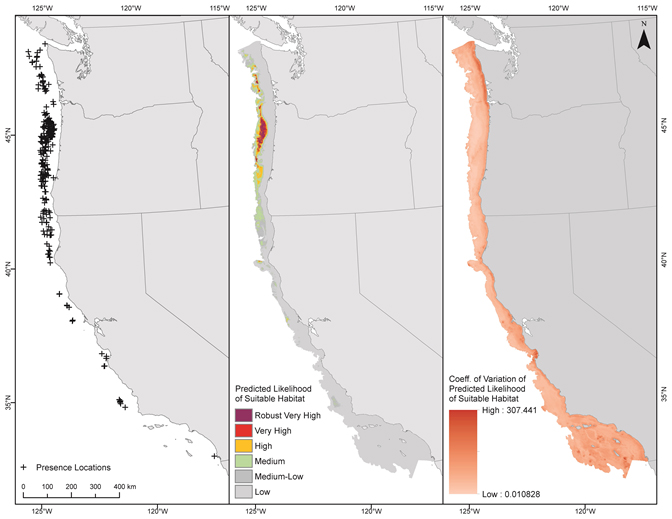 Workshop attendees reviewed previous modeling work and identified the strengths and limitations of alternative approaches. Attendees then discussed future directions and best practices for modeling, with a focus on data collection and processing, model validation, and management applications.

Workshop participants are drafting a manuscript of their conclusions for submission to a scientific journal. The findings will help guide and inform investments in future deep-sea coral modeling projects and the design of future data collection aimed at improving and validating models. The conclusions are also relevant for modeling the distributions of other deep-sea benthic organisms.

The workshop was funded by NOAA’s Deep Sea Coral Research and Technology Program’s West Coast Initiative and was hosted and co-led by NOAA’s Alaska Fisheries Science Center. Launched in 2018, the four-year West Coast Initiative is striving to collect the information that is most urgently needed by agencies that manage deep-sea coral ecosystems, particularly the Pacific Fishery Management Council and five California and Washington National Marine Sanctuaries.