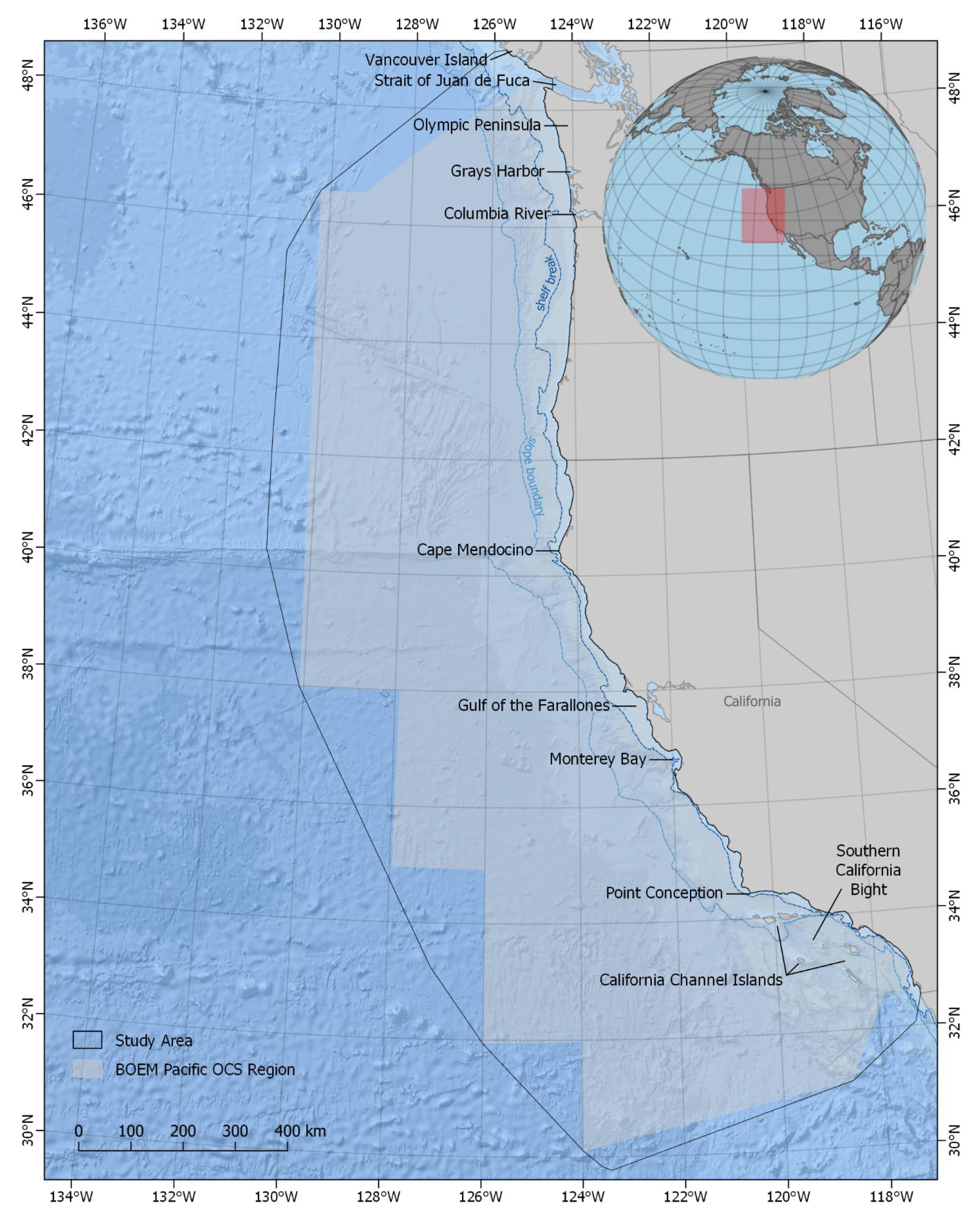 NCCOS and partners published the at-sea spatial distributions of 33 species of marine birds for the contiguous U.S. Pacific outer continental shelf to inform offshore wind energy planning in the region.

The researchers used bird sighting data from survey transects conducted between 1980 and 2017, along with environmental and oceanographic data, to extrapolate bird distributions and densities in non-surveyed areas between surveyed transects. The team’s predictive maps created from these model outputs can be used to assess risk for marine birds and guide siting of offshore wind energy projects that minimize negative impacts to their populations.

NCCOS data and analyses are informing the Bureau of Ocean Energy Management’s (BOEM) offshore wind energy siting decisions around the nation. NCCOS has ongoing projects with BOEM to provide geophysical assessments of the seafloor, the living resources found there, and models that predict the broader spatial and temporal distribution and abundance of fish, birds, corals, and marine mammals.

These products are helping advance the President’s clean energy goal of deploying 30 gigawatts of offshore wind energy by 2030, while minimizing the wind industry’s impacts on protected species, habitats, and commercial and recreational fishing.

In May, the White House announced an effort to advance areas for offshore wind off the northern and central coasts of California — opening up the Pacific Coast to its first commercial-scale offshore clean energy projects. These initial areas for offshore wind development in the Pacific Ocean could bring up to 4.6 gigawatts of clean energy to the grid, enough to power 1.6 million U.S. homes.