During the third week of July, I set sail on the NOAA ShipNancy Fosterwith scientists from NOAA's Beaufort lab, Coastal Carolina University (CCU), and Cape Fear Community College (CFCC)for leg two of aproject to map essential fish habitat in the Southeast U.S. insupport of offshore planning and ecosystem management. We selected two, 53-square-mile areas of seafloor as our target regions.

Weset off to conduct broad-scale geophysical surveys of the coastal and continental shelf regions in South Carolina waters, gather ground-truth data via small boat drop-camera surveys, and perform maintenance on an offshore buoy. To complete these objectives, we used a sub-bottom profiler (CHiRP) and a multibeam echosounder (MBES) sonar system. 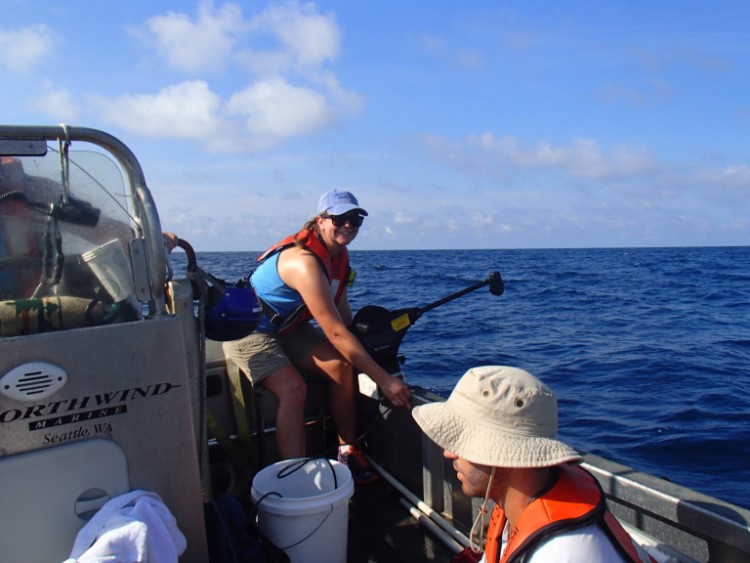 Myself and the Beaufort lab scientists primarily handled the small boat drop-camera work to gather the imagery and video used for ground validation (GV) of the MBES surveys. Through the MBES surveys, we hoped to select GPS points for exposed bedrock and bedrock covered by a thin, sand veneer because bedrock is a marker for essential fish habitat. By the end of the cruise, we had GV data for over 160 sites! 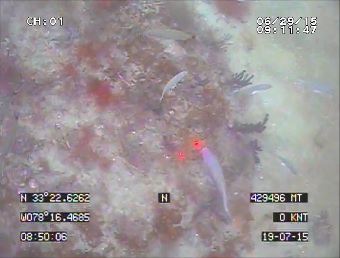 A still image from our video recording that provides a great example of hard bottom. Credit: NOAA.

While the MBES and GV work was being done, CCU scientists worked to deploy an observation buoy off the coast of North Myrtle Beach. The data collected by the buoy are a combination of meteorological and oceanographic readings. CCU hopes that this buoy will unite climate modelers, biologists, atmospheric scientists, geologists, and othersto improve and extend the timeline of weather forecasts, waves and currents, and storm surge predictions. 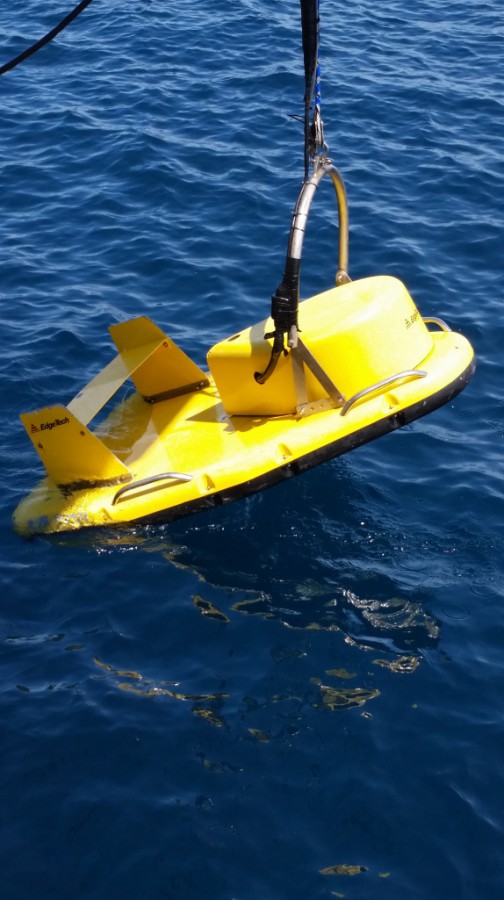 The CHiRP being gently lowered into the water from the NOAA Ship Nancy Foster. Credit: Erika Koontz.

CCU scientists also conducted a SoNAR survey of their own using a sub-bottom profiler called a Compressed High-intensity Radar Pulse (CHiRP). Towed 3 -5 meters below the surface of the water, the CHiRP, which makes rhythmic "chirp" sounds when it is actively collecting data, sends acoustic signals that penetrate up to tens of meters below the seafloor. The sub-bottom profiles collected will be used by Coastal Carolina University to better understand the geological forms from ancient shorelines and submerged river systems, as well as to define seafloor geology and conditions that support offshore wind energy infrastructure.