As the invasive Asian Carp move up the Illinois River threatening the Great Lakes, managers and policy makers struggle with the question of what impact the invasive fish will have on those ecosystems. To understand the potential effects, a team of academic and agency researchers supported by NOAA's National Centers for Coastal Ocean Science predicted how Lake Erie's food web could change if Asian Carp were established.

Their results predict that Asian Carp could comprise up to 34 percent of the total fish weight in Lake Erie, a much lower number the 60 percent found in the Illinois and Mississippi rivers. The invasive carp is expected to decrease the numbers of certain fish species due to competition for food, but is also expected to increase other species, because juvenile carp will serve as a food source for native species. Given that Lake Erie offers the best potential habitat for Asian Carp in the Great Lakes, the study suggests that overall the impact of an invasion would be less than previously expected, but local effects could still be high. 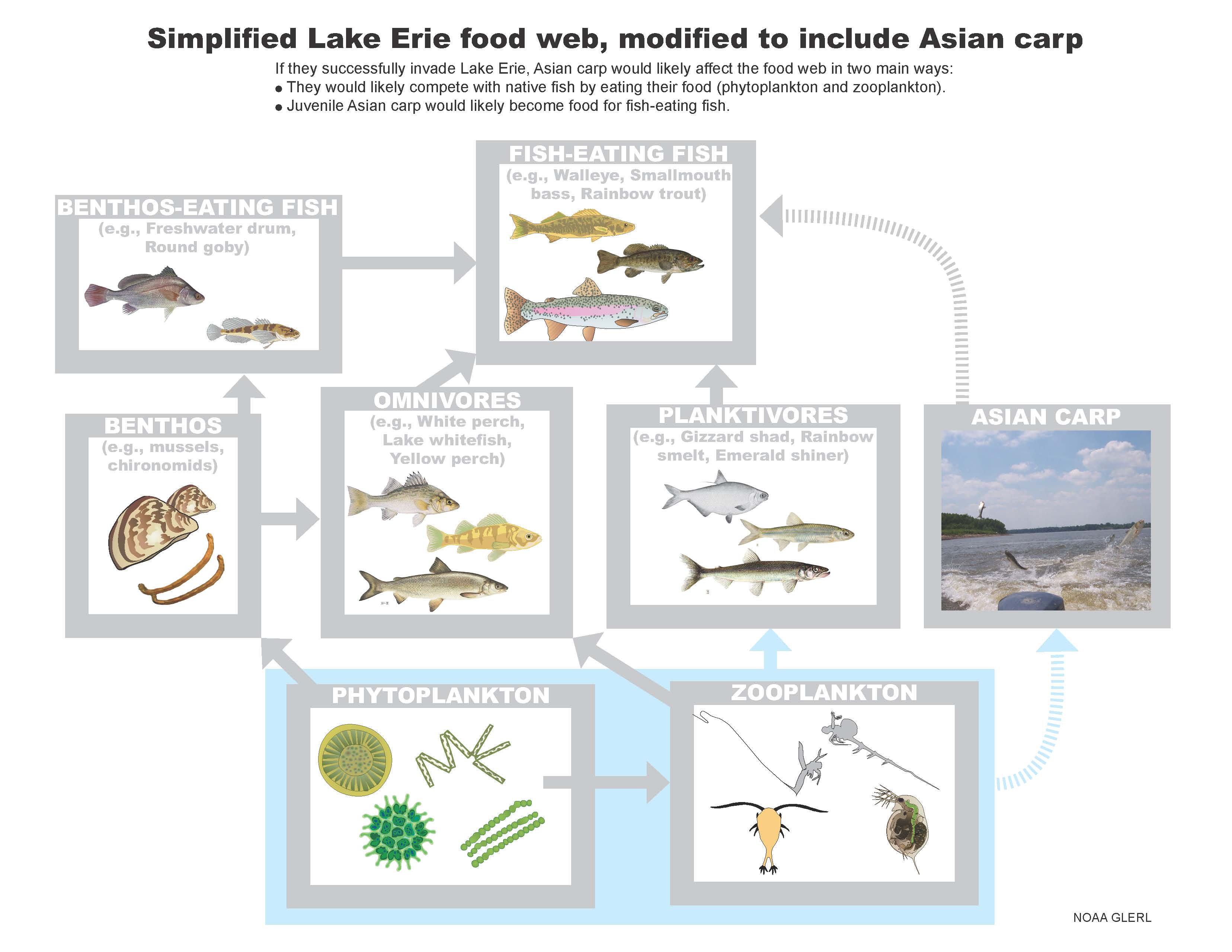 Since their introduction to the Mississippi River in the 1970s,the invasive carp spread through many lakes and river systems in the upper mid-West. Due to their voracious appetites for plankton (competing with native fish), their rapid rate of reproduction, and their relatively large size, the invasive carp has had devastating impacts on native fish populations, and their potential to cause damage in the Great Lakes is of serious concern.

The study is published in the journal Transactions of the American Fisheries Society. Read more about the study in the University of Michigan Michigan News.