The Mississippi River Gulf of Mexico Watershed Nutrient Task Force ('Hypoxia Task Force') works to reduce and control hypoxia, or the dead zone, in the Gulf of Mexico. At the Fall Public Meeting in Alton, Illinois, the Task Force reported recent progress indead zone reduction. New measures and actions were passed to controlnutrient runoff which willfurtherdecrease the size of the dead zone. 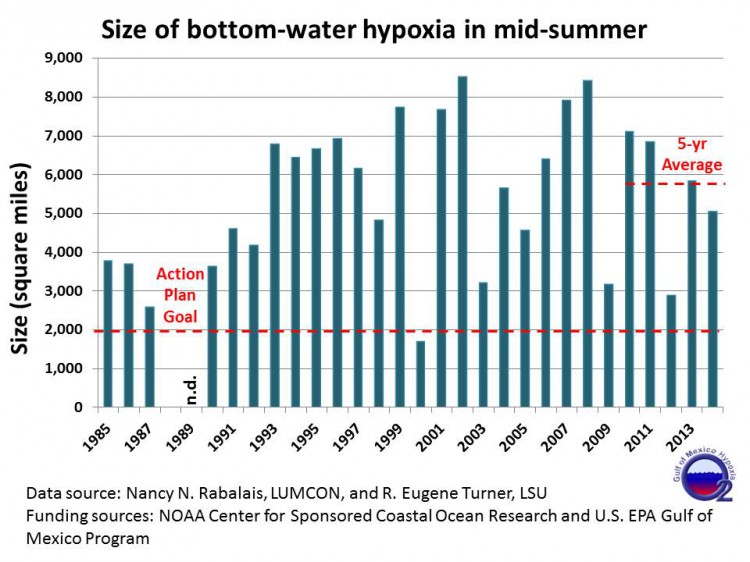 NCCOS sponsored research provides for the annual mapping of the size of the Gulf of Mexico dead zone, an important indicator of progress in reducing nutrient pollution from the Mississippi River watershed into the Gulf of Mexico. (Credit Nancy Rabalais, LUMCON)

Important highlights of the meeting include:

Florida's HAB Problem: Why are HABs so Prevalent in Florida Waters?