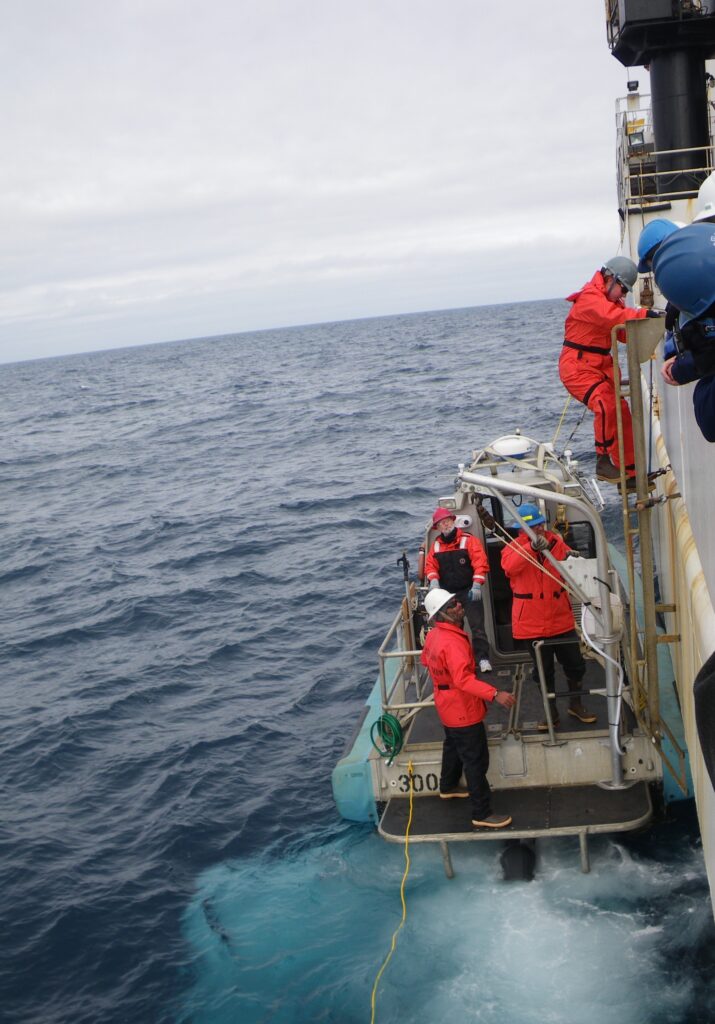 NCCOS aquatic toxicologist Ian Hartwell presented findings from his 2015 research in the Arctic at the annual Alaska Marine Science Symposium held this week in Anchorage, Alaska. The baseline environmental characterization of lagoons and estuaries provides the most up-to-date assessment of biological resources and contaminant condition in northwest Alaska prior to oil and gas development.

Hartwell and his team analyzed concentrations of 194 contaminants and stable isotopes in six estuaries and at offshore sites in the path of proposed oil pipeline infrastructure development. The researchers found elevated levels of selected heavy metals, which appear to be naturally derived, and high concentrations of polycyclic aromatic hydrocarbons (PAHs). Compounds in the samples collected also indicated large contributions of terrestrial organic matter, peat, and coal, but not petroleum hydrocarbons.

At Peard Bay, which has a limited watershed and is strongly influenced by tidal exchange with marine waters, chlorinated pesticides and polychlorinated biphenyls (PCBs) were uniformly low, but detectable in all fish tissue. Used previously in many industrial applications but now banned for most uses, PCBs are long-lasting environmental contaminants that have been associated with neurologic, reproductive, and carcinogenic effects in animals.

The Alaska Marine Science Symposium has been bringing together scientists, educators, resource managers, students, and interested public for over twenty years to discuss the latest marine research being conducted in Alaskan waters. Over 700 people attend this four-day long conference held annually during the month of January.

Partners on the NCCOS project included the Alaska Department of Environmental Conservation, the University of Alaska Fairbanks, NOAA's Office of Response and Restoration, and NOAA's Pacific Marine Environmental Laboratory.

Toxicity of the Dinoflagellate Alexandrium Controlled by Grazers