NOAA-sponsored scientists discovered a new coral area off the southwest coast of Florida near Pulley Ridge. The area is extensive and has the densest cover of plate corals (Agaricia spp.) known in the Gulf of Mexico. This is the most coral seen in the Pulley Ridge area since 2009. 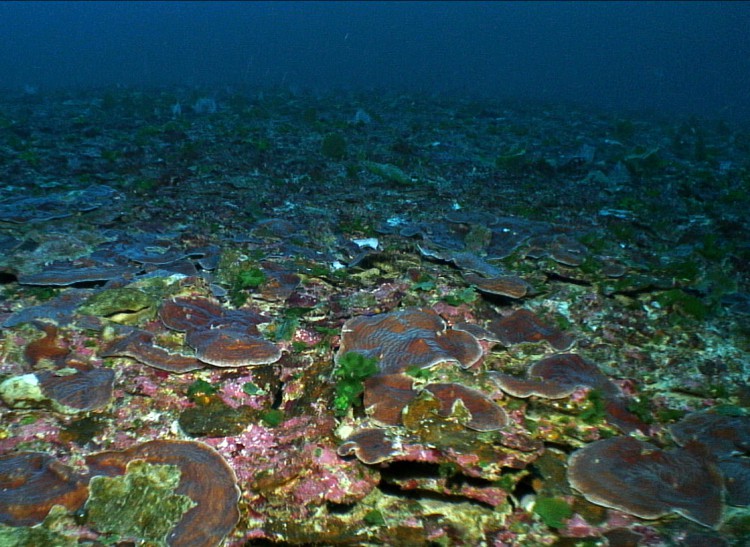 A major finding of the 2014 expedition was the discovery of large patches (up to 60 meters across) of nearly continuous plate coral (Agaricia spp.) near Pulley Ridge off the southwest coast of Florida. Credit: Coral Ecosystem Connectivity 2014 Expedition.

Scientists made the discovery in August while on theCoral Ecosystem Connectivity 2014 expedition from Pulley Ridge to the Florida Keys. The project, led by the University of Miami, is investigating the role that mesophotic reefs may play in replenishing key fish species, such as grouper and snapper, and other organisms in the downstream reefs of the Florida Keys National Marine Sanctuary and Tortugas Ecological Reserve.

Coral reef ecosystems provide habitat, food, and shelter to hundreds of species of fish and invertebrates. These ecosystems are in decline as a result of competing demands and increasing threats like climate change, fishing, and pollution. The discovery of the new, thriving coral community near Pulley Ridge raises hope that other similar coral communities exist that may help replenish reef areas in decline.

For more information on the expedition, see Coral Ecosystem Connectivity 2014 or contact Kimberly.Puglise@noaa.gov.