A research collaboration between NCCOS scientists and the National Institute of Standards and Technology (NIST) has documented the negative effects of perfluorooctane sulfonate (PFOS) on the health of the Eastern oyster, Crassostrea virginica. This research addressed existing data gaps for evaluating PFOS’s chemical and biological exposure effects on a commercially important marine bivalve.

NCCOS scientists in the Ecotoxicology Branch in Charleston, South Carolina exposed C. virginica to a range of PFOS concentrations in seawater. Summarizing the study’s major results: after a short 48-hour exposure, oysters had significant damage to their lysosomal cells (cellular repair/immune response organelles) at concentrations ≥ 3 ppm. All experimental groups contained significantly higher amounts of damaged cells when compared to oysters that were not exposed to PFOS. These results indicate that cellular damage occurs during short exposure times. The oysters were able, however, to combat the exposure using other cellular detoxifying mechanisms. 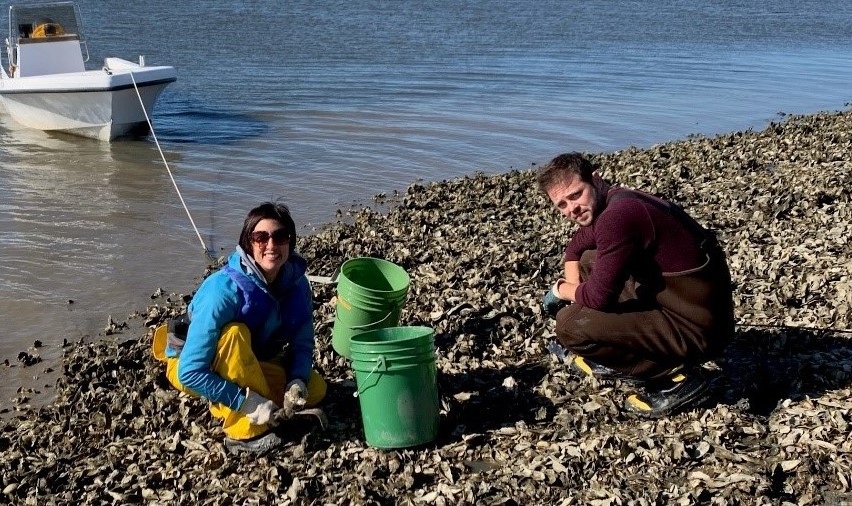 After a longer seven day PFOS exposure, chemical analysis measured the amount of PFOS contained in the tissues. The exposure levels used in this study were similar to those observed after a documented chemical spill in 2000. Results revealed oysters accumulated 50 to over 100 times the level of PFOS relative to exposure concentrations. After two days of purging in clean seawater, almost all PFOS was eliminated from the oyster tissue. However, the small amount of chemical that remained was still at greater levels than those previously reported from field collected oysters. Therefore, longer purging times are required to lower the chemical levels in the tissue. The stability of this contaminant makes it challenging to be completely removed from the body, whether considering invertebrates or higher organisms.

Perfluorooctane sulfonate (PFOS) is a ‘forever chemical’, meaning it is an extremely persistent, manmade, organic chemical not naturally found in the environment. Originally developed in the 1950’s, its popularity soared among consumer goods in the 1970’s due to its ability to repel heat, oils, water, acids and bases. PFOS is commonly used in a variety of industrial and consumer products: carpet, food packaging, clothing treatments (e.g., Scotchgard), plastics and firefighting foams. Its widespread use and inability to naturally breakdown resulted in the chemical’s environmental abundance contaminating ground waters and food sources worldwide. It wasn’t until 2005 that the Stockholm Convention recommended a ban on production based on concerns over the chemical’s inability to degrade and increasing evidence of bioaccumulation. PFOS, along with the group of associated chemicals (Per and polyfluoroalkyl substances - PFAS), are no longer manufactured in the United States. However, other countries continue to manufacture and use these chemicals in their consumer goods that get exported to the United States. 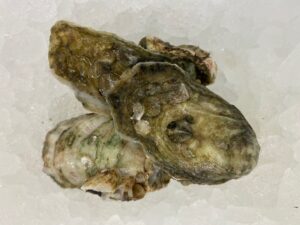 PFOS was singled out as the most concerning of these chemicals in the group due to its multiple health risks. Studies have indicated chemical exposure through inhalation of dust particles and ingestion of contaminated food/drinking water could lead to detrimental developmental, reproductive and systemic effects in humans and wildlife.

This study shows C. virginica’s ability to withstand acute, high concentrations of PFOS exposure while undergoing substantial cellular damage and persisting PFOS concentrations in tissues. The ubiquitous use of PFOS in manufacturing and its chemical stability is a cautionary tale for man-made chemicals. As new chemicals are manufactured to replace PFOS, experiments analyzing the fate and biological effects in estuarine species are ongoing in order to preserve both environmental and human health.