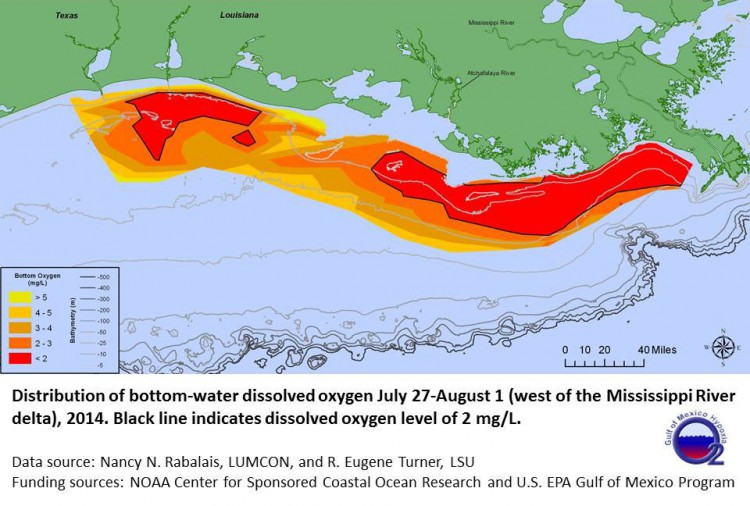 The observed dead zone area falls within the predicted June forecast range of about 4,600 to 5,700 square miles, confirming the accuracy of the NOAA-sponsored models based on the USGS May nutrient load data from the Mississippi River.

The dead zone was measured by scientists from the Louisiana Universities Marine Consortium (LUMCON) and Louisiana State University aboard the RV Pelican. NOAA has supported the mapping of the dead zone in the northern Gulf of Mexico since 1990.