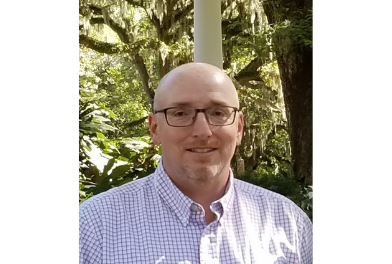 Dr. Pennington serves as the scientific lead for development and implementation of research with laboratory and field-based mesocosm systems.

Dr. Pennington completed his Bachelor’s Degree in Biology from the College of Charleston in 1991. He continued at the College of Charleston by earning a Master of Science in Marine Biology in 1996. In 2002, he completed his PhD at the Arnold School of Public at the University of South Carolina in Environmental Health Sciences. For his dissertation, he studied the direct and indirect effects of pesticides on estuarine communities in small tidal creek mesocosms.

Dr. Pennington began his career as a research associate with the University of South Carolina. From 2003 until 2010 he worked for Jardon and Howard Technologies as a contractor to NOAA. Since August of 2010, he has been employed by NOAA as a Marine Biologist.

Dr. Pennington’s current research interests include studying non-point source pollution in aquatic systems, coastal land use and population growth, monitoring of emerging contaminants in aquatic systems and the development, refinement, and usage of microcosms, mesocosms and flow-through systems for aquatic toxicology research. His most recent work has focused on the fate and effects of oil spills and oil-mitigation strategies to clean-up after spills have occurred.