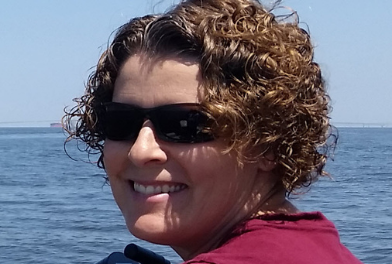 Tomlinson’s current research focuses on the application of satellite derived ocean color sensors to detect, monitor and forecast the occurrence of harmful algal blooms. This work has supported the development and transition of several HAB forecast systems within NOAA.

Prior to working for NCCOS, Tomlinson spent 4 years at NESDIS' National Oceanographic Data Center where she archived and managed ECOHAB data. Since 2002, Tomlinson has worked as an Oceanographer in what is now the Harmful Algal Bloom Forecasting Branch of SDI. Her first position at NCCOS had her develop the training manual and materials for the successful transition of the Florida HAB forecast system to operations. Since then she has been involved in algorithm development for other HAB species around the country, including satellite imagery for freshwater cyanobacteria blooms as part of the CyAN project. She has been a member of the NOAA Dive Program since 2014. Tomlinson also acts as the Coastwatch East Coast Node manager, to provide useful satellite products to a wide range of users on the East Coast.

Tomlinson received her B.S. in Marine Science Biology from Southampton College of Long Island University (1995)  and an M.S. in Oceanography from Old Dominion University (1998).