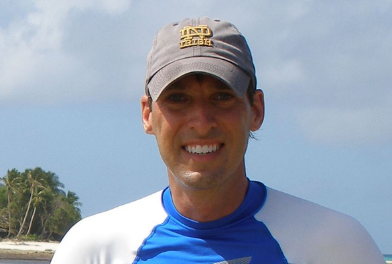 Piniak is the Deputy Chief of the Marine Spatial Ecology Division, and Director of the NOAA Beaufort Lab.

Piniak’s research interests have been primarily in coral reef ecology, but time for that is sparse since moving into management in 2010. Pre-reorg, he supervised a stressors branch (HABs/contaminants/climate) in Silver Spring and the facilities branch in Beaufort. Piniak has been an NCCOS employee since 2005 and was a Mendenhall postdoc with the USGS in Santa Cruz from 2003-2004. Piniak has done coral reef work in Bermuda, Florida, Hawaii (Maui, Big Island, Molokai), American Samoa, Guam, Puerto Rico, Navassa, and the Marshall Islands.

Piniak has a Ph.D. in Ecology from Duke University and a B.S. in Biology from Notre Dame.