Valor in the Atlantic 2022: Diving into North Carolina’s Maritime History 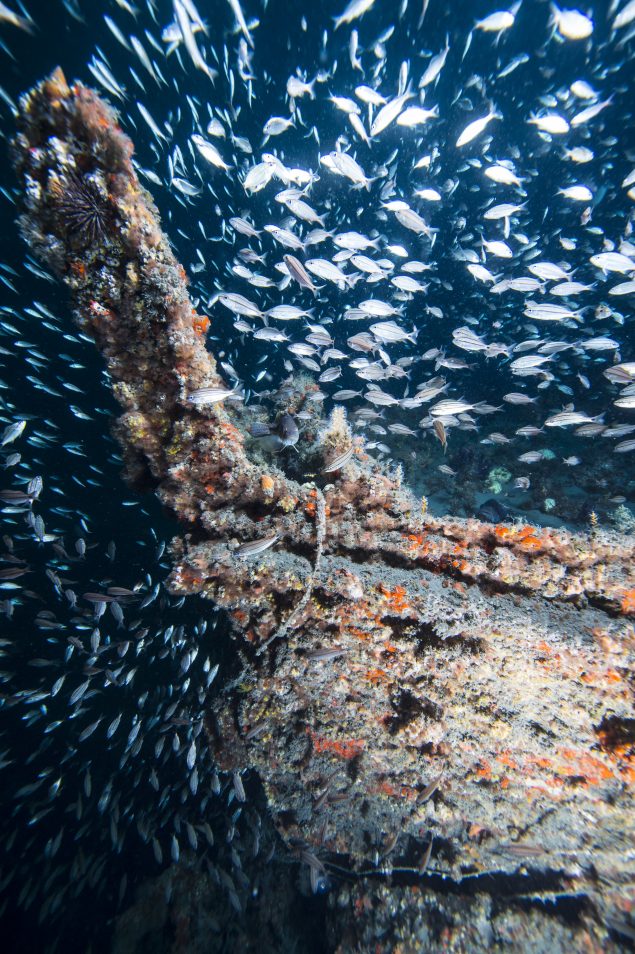 Valor in the Atlantic will investigate natural reefs, the Civil War ironclad USS Monitor, and the surrounding maritime cultural landscape, including historical shipwrecks from World War I and World War II’s Battle of the Atlantic.

Over the course of about two weeks, researchers will visit several natural reefs and historical shipwrecks  to survey and document these ocean treasures, starting and ending with the legendary USS Monitor. Collaborating with museums, aquariums, ecologists, historians, and scientists across the nation, GFOE will broadcast the voyage live on its website and YouTube channel using its high-tech satellite streaming capabilities.

NCCOS is lending our biological expertise, helping to characterize the area’s natural reefs and show how sunken vessels have taken on a new purpose as “oases for marine life.” NCCOS scientists work to map these reefs and wrecks in a unique way that highlights the major biological presence that exists around them.

ROV data will be complemented by fishery echosounder surveys that use sound to “remotely sense” the locations and relative size of fish surrounding the shipwrecks. Data collected by the echosounder will help scientists better understand the value of shipwrecks as habitat for a diversity of marine life including economically and ecologically valuable fishes.

Monitor National Marine Sanctuary was the first national marine sanctuary designated in the United States. The sanctuary and its surrounding waters are home to many nationally significant shipwrecks from the U.S. Civil War, World War I, and, most well-recognized, World War II’s Battle of the Atlantic. Attacks from German U-boats against Allied merchant vessels along North Carolina’s Outer Banks resulted in the highest concentration of World War II shipwrecks anywhere in the United States.