Volunteers with NOAA's Phytoplankton Monitoring Network have reported a bloom of the diatom, Pseudo-nitzschia in Galveston Bay, Texas, and NOAA's Analytical Response Team has confirmed that the bloom is producing domoic acid, a neurotoxin that can cause amnesiac shellfish poisoning. State managers of the Texas Parks and Wildlife Department and Texas Department of State Health Services have been notified of the toxic bloom. 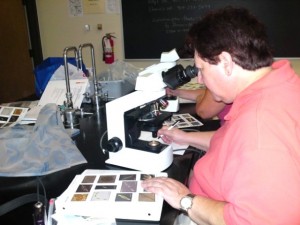 Currently, the Galveston Bay system is temporarily closed to the harvest of oysters, clams, and mussels because of elevated levels of Dinophysis, an algal species whose toxins can cause diarrhetic shellfish poisoning. Early warning of the Dinophysis bloom was provided by a NOAA-funded sensor on the Port Aransas Pier. A similar sequence of harmful Pseudo-nitzschia and Dinophysis blooms was also observed during the first-ever diarrhetic shellfish poisoning fishery closures in Texas in 2008. NOAA's Analytical Response Team measured low levels of toxins produced by these algaein animalsstranded and recovered by the Texas Marine Mammal Stranding Networkduring the February and March 2008 Texas Bottlenose Dolphin (Tursiops truncatus) unusual mortality event.