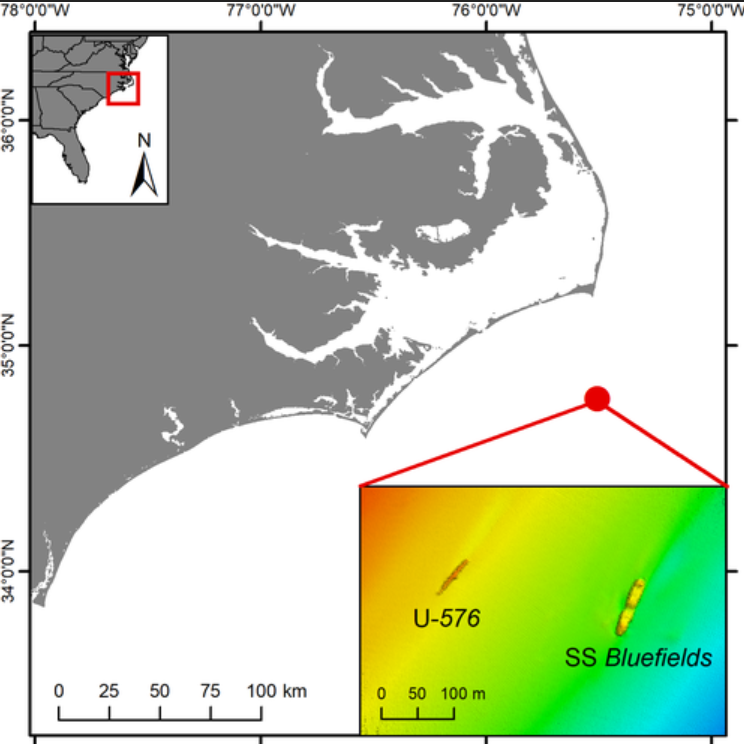 NCCOS scientists and partners assessed fish communities and their spatial distributions on two shipwrecks off the coast of North Carolina as a proof-of-concept for extracting ecological data from archeological surveys. The assessment demonstrated that joint archeological and ecological studies offer mutual benefits for these often separate disciplines.

Ecological metrics derived from habitat surveys can provide information necessary to understand population, community, and ecosystem processes. Even though shipwrecks that are the focus of archeological surveys also form habitat for diverse flora and fauna, shipwrecks are often studied separately by archeologists and ecologists. Conducting joint archeological and ecological surveys promises to maximize research resources and outputs, yet this cross‐disciplinary approach is rare.

Both ships in the study were sunk in close proximity to one another on North Carolina's continental shelf during naval combat on July 15, 1942 during the World War II Battle of the Atlantic. The research team focused surveys on the two sunken ships: the German U-boat, U‐576, and the Nicaraguan freighter SS Bluefields, part of an allied merchant convoy attacked by U-576 while sailing from Hampton Roads, Virginia, to Key West, Florida (Figure 1).

The approach allowed for pinpoint locations of fish around the shipwrecks and identification of these fish to fine taxonomic levels. The extracted ecological data revealed that both shipwrecks hosted high densities of demersal (bottom-dwelling) fishes, including grouper species, and that fish concentrated around high‐relief shipwreck features (Figure 3).

The findings demonstrate the utility and benefit of collecting multipurpose and cross‐disciplinary data and provide a proof‐of‐concept case study for conducting joint archeological and ecological studies. The study is published in the journal Ecosphere. 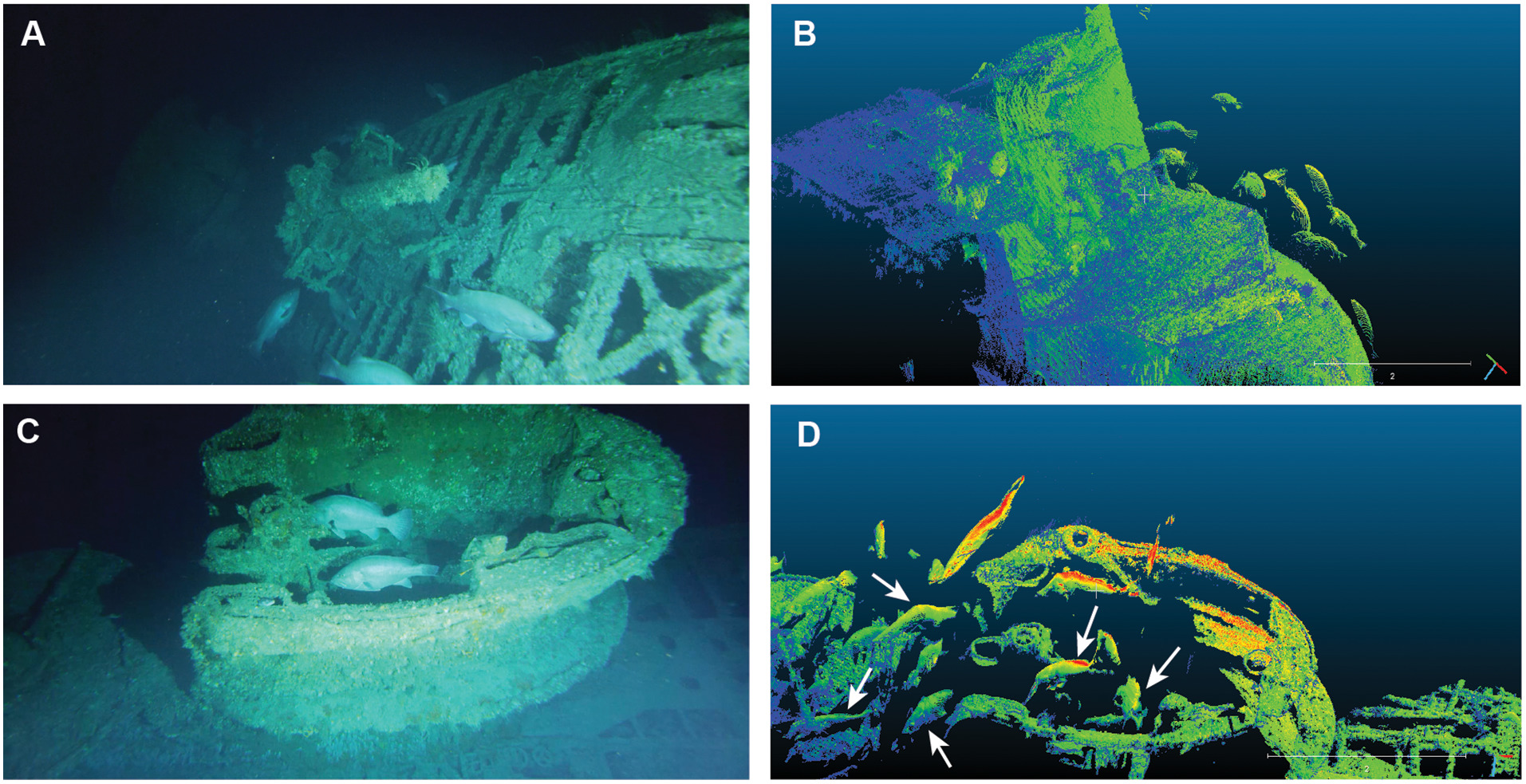 Figure 3. Three‐dimensional models of shipwrecks and corresponding fish spatial distributions for (A, B) U‐576 and (C, D) SS Bluefields. (A, C) Locations of individual demersal fish (white points) relative to laser‐line scanning models of shipwrecks. Relative locations of fish to one another are to scale. Fish locations in the z‐dimension have been translated above the wreck to improve the ability to see the fish locations in the x and y dimensions, and thus do not represent actual altitude off the wrecks (B, D) Species‐specific abundances of demersal fish associated with key shipwreck features as seen from video footage. Credit: Johnson et al 2020.