The National Centers for Coastal Ocean Science (NCCOS) promotes the educational and professional advancement of students and early-career scientists/scholars (e.g., postdoctoral) in science, technology, engineering and math (STEM) through mentoring and participation in NOAA Office of Education programs. NCCOS’ goal is to educate present and future generations of scientists and coastal managers about the coastal ocean, its resources, and the importance of protecting it. 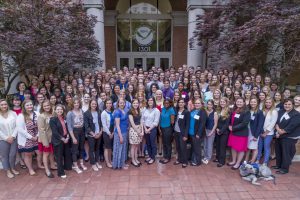 Two NOAA College-Supported Interns (rising undergraduate) spent the 2017 summer conducting research under NCCOS mentorship. They presented results of their summer work at a OneNOAA science seminar on August 9 -10, 2017 at the NOAA Campus in Silver Spring, MD. 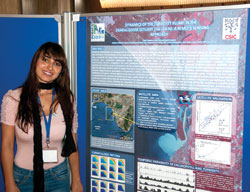 A variety of postdoctoral research opportunities are available at NOAA through the NRC Research Associateship Program.

Isabel Caballero, Ph.D. (Institute of Marine Sciences of Andalusia, Cádiz, Spain) is a visiting 2017-2018 post-doctoral scientist with NCCOS in Silver Spring researching remote sensing of satellite derived bathymetry in Florida Bay and the Florida Keys. The title of her research is “Estimation of satellite derived bathymetry (SDB) over moderately turbid waters.” Mentored by Richard Stumpf.

Congratulations to all the student scholars and visting scientists for their outstanding achievements!