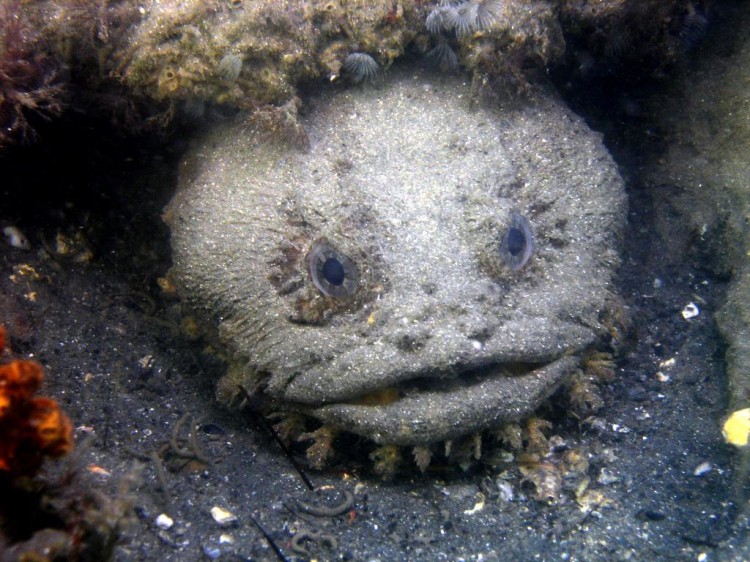 That's a winner: a photograph of an Oyster Toadfish taken at the Shackleford Jetty near Beaufort, N.C., by NCCOS researcher Amy Uhrin.

A photograph taken by NCCOS research ecologist Amy V. Uhrin was one of 10 images selected as a winner in the 2014 Cool Science Image Contest held by the University of Wisconsin-Madison, where Ms. Uhrin is a PhD candidate. The contest is open to faculty, staff, and students at the university and is intended to showcase and more broadly share university research, as well as the use of photography in research. This year's contest drew 94 submissions. The Oyster Toadfish (Opsanus tau) featured in Ms. Uhrin's entry was photographed during a 2007 marine debris survey dive on Shackleford Jetty near Beaufort, N.C. A fair amount of research in the field of sensory ecology (not conducted by NCCOS) has focused on the foghorn-like mating call of the male Oyster Toadfish, and the muscles that produce said call have served as a medical research model for studying muscle pathologies.