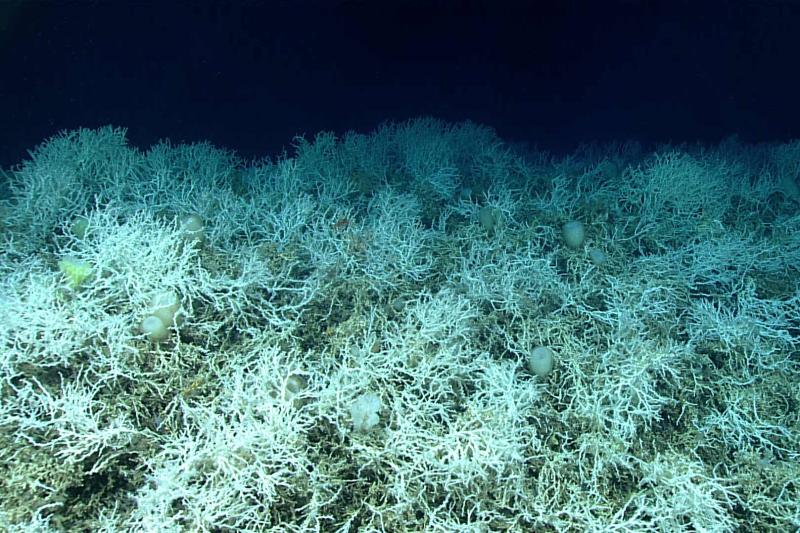 Researchers completed a total of 21 expeditions to survey deep-sea coral and sponge ecosystems using ships, submersibles (including remotely and autonomously operated vehicles), and other equipment.

Major accomplishments of the initiative include the following:

These collective efforts provided important information needed to support the management of fishing and other activities that may affect deep-sea coral ecosystems throughout the region.

The program published its final report for the Southeast Deep Coral Initiative, which began in 2016 and was led by NCCOS, in collaboration with NOAA Fisheries, NOAA Ocean Exploration and the Office of National Marine Sanctuaries. This effort was made possible through a variety of funding sources, and extensive local, academic, and federal partners.