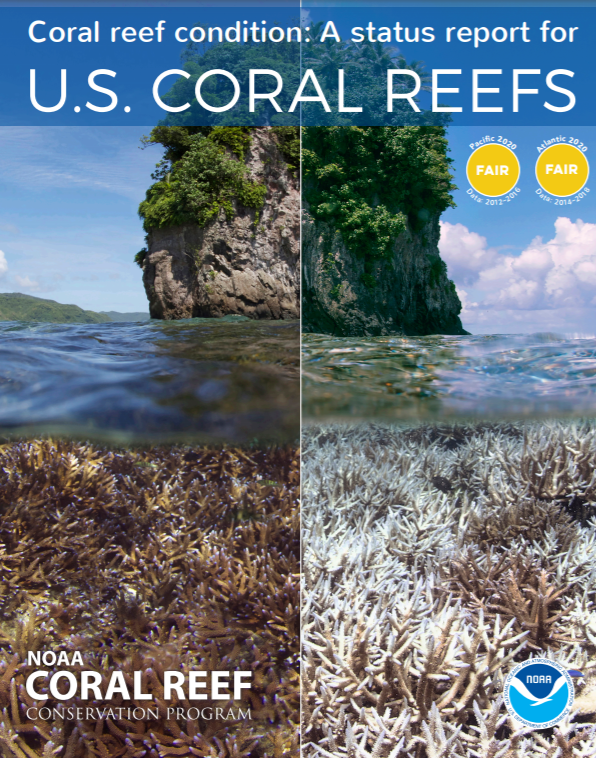 NCCOS scientists contributed to the newly released national status report on U.S. coral reefs. Drawing on data from 2012–2018, the report provides a high-level overview of the range of coral reef conditions for all U.S. coral reef jurisdictions in the Pacific, Atlantic, Caribbean, and Gulf of Mexico.

The scores are denoted as “very good,” “good,” “fair,” “impaired,” and “critical.” The report was based on four categories when assigning a score: corals and algae abundance, reef fish populations, influence of climate on coral reefs, and human connections to reefs. The report places in context nine previously-released jurisdictional status reports into one synthesized national status report.

The report offers some good news: there are U.S. coral reefs with a “Good” score. Most U.S. coral reefs received a “Fair” score. Where there is an “Impaired” score, NOAA and partners have initiatives in place to help change the trajectory of coral reef health, such as restoring coral populations and reducing land-based sources of pollution.