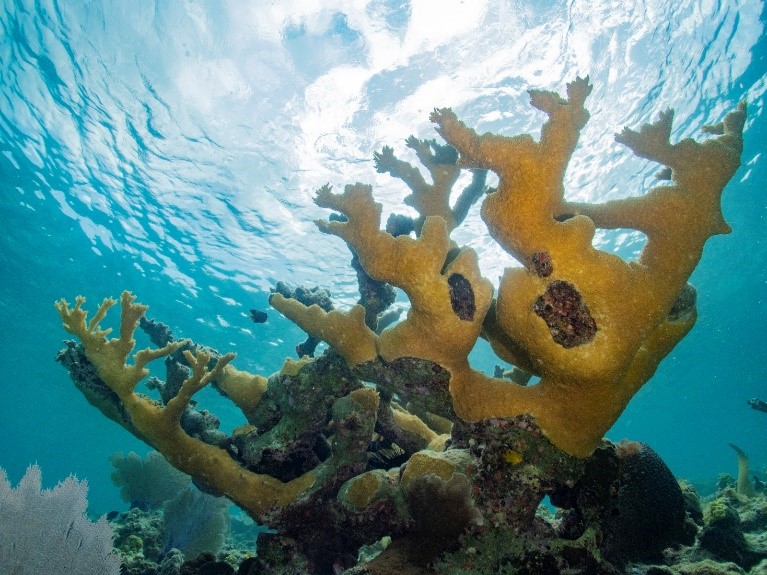 The model predicts that, under scenarios of elevated sea surface temperature and greatly increased wave height, elkhorn coral will occur at only a small proportion of its potential habitat and population structures of colonies will shift from larger to smaller size classes. The restricted geographic range and smaller colony sizes, as predicted by the model, would limit the future population success of elkhorn coral.

Scientists and natural resource managers have focused a lot of attention on species distribution models to predict future geographic ranges of species vulnerable to climate change. However, predicted range changes provide little information about the potential impacts of climate change on population structure. For this modeling study, the scientists developed and applied a species distribution model that incorporates the population demography of elkhorn coral.

The model was developed by Dr. Yi-Hsiu Chen when she was a National Research Council postdoctoral fellow at the NCCOS laboratory in Beaufort, North Carolina. The work is part of the NCCOS project on spatial predictive modeling of threatened corals in the U.S. Atlantic and Caribbean.