The researchers shared data with the atlas team from previous NCCOS mapping projects in Palau, the Marshall Islands, and Saipan to facilitate the creation of new, benthic and geomorphic maps for this region in the western Pacific Ocean. The atlas is named for the late Paul G. Allen, co-founder of Microsoft and former owner of the Seattle Seahawks football team, who was active on a range of philanthropic projects, including environmental conservation. 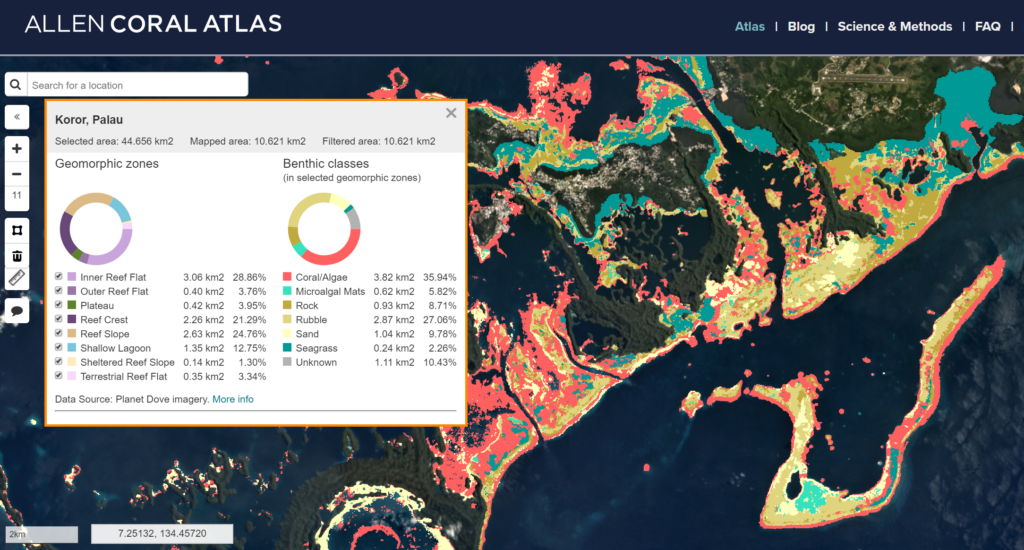 The goal of the Allen Coral Atlas is to create a mosaic view of the current state of the world’s coral reefs, to support coral conservation and research. Across the planet, a group of dedicated engineers and scientists are working on this complex puzzle, combining millions of data sets to create a complete picture of the world’s coral reefs. To build a map this size requires collaboration of epic scale: from collecting and interpreting satellite data, to cleaning the data and assembling a working map with multiple layers; and scientific missions to ground truth the data and check the accuracy of the maps. The result will be the first 3.7-meter–resolution global map of the world's coral reefs.

Allen Coral Atlas is a partnership between Arizona State University’s Center for Global Discovery and Conservation Science; the National Geographic Society; Planet (an aerospace and data analytics company); the University of Queensland; and Vulcan, Inc.