Staff from NCCOS and the Maryland Department of Natural Resources, co-located at the Cooperative Oxford Laboratory (COL) in Oxford, Maryland, partnered with U.S. Coast Guard Station Oxford personnel in a clean-up event to promote environmental awareness for Earth Day 2018. On the morning of April 20th, the group collected litter from several miles of roads, parks, and beaches in the Town of Oxford, including the water’s edge at the laboratory. The team sorted and disposed of recyclable and non-recyclable items as appropriate. The event helped beautify the town’s entrance and main pedestrian areas, protect surrounding waterways from marine debris, and build fellowship with the local community. 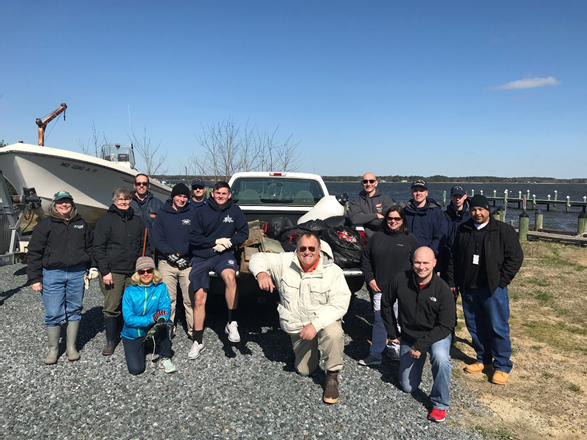